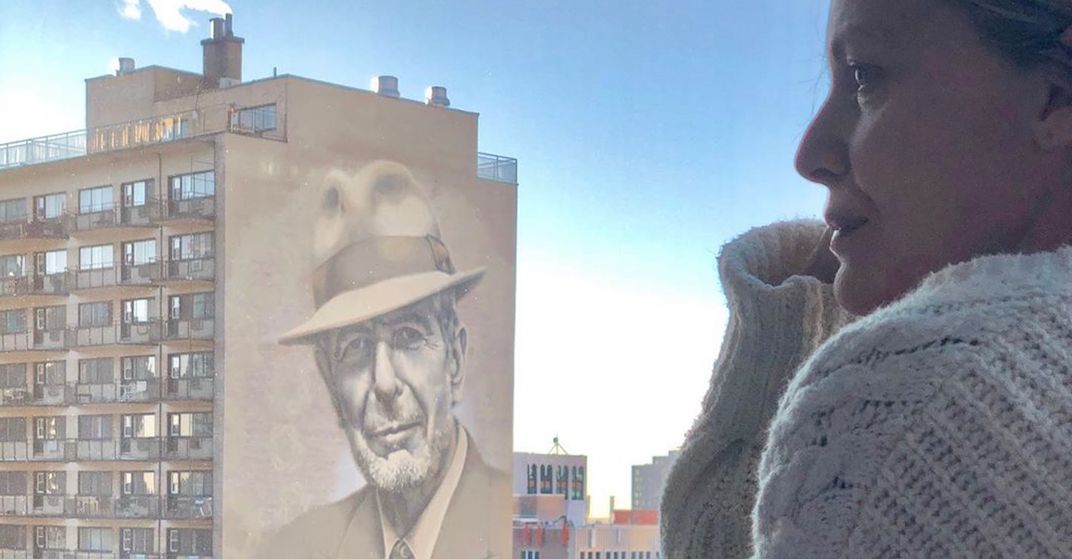 Crescent Street got a double-dose of celebrity this past weekend as Michelle Pfeiffer shared a photo of herself overlooking the city’s Leonard Cohen mural.

The 61-year-old actress is in town shooting the film French Exit, from director Azazel Jacobs.

The Batman Returns star shared a photo of herself, with Mr. Cohen’s mural in the background, with the caption, “Woke up this morning to Leonard Cohen letting the light in and one million followers! Thank you everyone!”

A post shared by Michelle Pfeiffer (@michellepfeifferofficial) on Nov 16, 2019 at 7:45am PST

According to IMDb, French Exit, which also stars Lucas Hedges, follows an ageing Manhattan socialite who’s living with what’s left of her inheritance as she moves to a small apartment in Paris with her son and cat.

The film is slated to be released sometime in 2020.

Here’s hoping Pfeiffer pops up at a few other Montreal landmarks during her stay here, making the city even more beautiful.