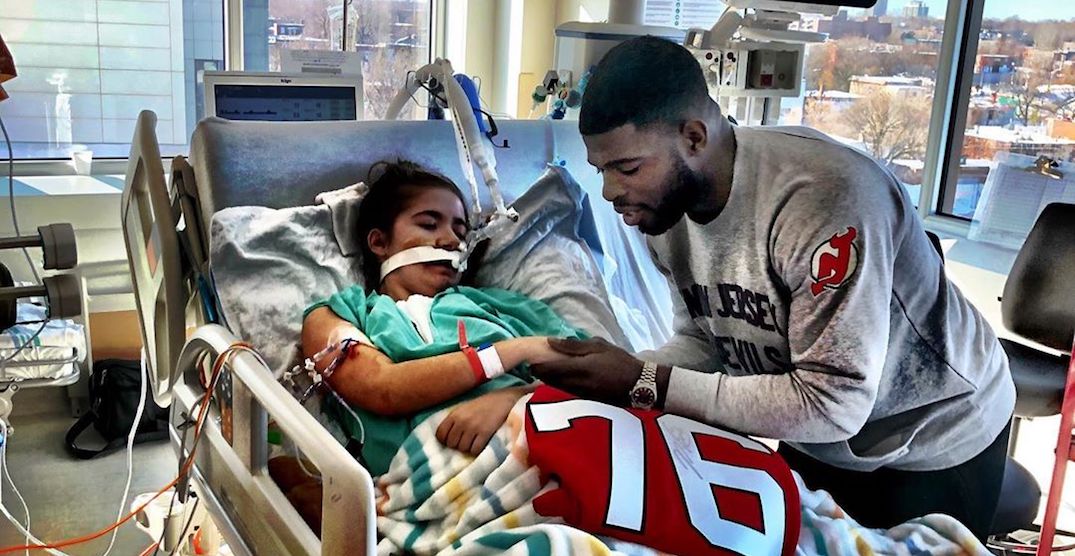 While PK Subban does not play for the Canadiens anymore, he’s still a big part of Montreal.

Before he got booed on the ice during his first return to Montreal since leaving the Habs, the New Jersey Devils defenceman proved that he still has a heart in the city.

Prior to Saturday’s game, the 30-year-old NHL star visited the Montreal Children’s Hospital and stopped in to say hello to Sandrine, a patient who, according to Subban, inspired the PK Subban Foundation, which tells the stories of child patients.

“Sandrine was one of our first stories,” says Subban’s Instagram post. “Sending her love, and praying for her & the rest of the children at the hospital. Sandrine said it best… ‘Bravery for me is never giving up.'”

The series of photos also includes pictures of autographed Subban jerseys and a video of Sandrine in one of the PK Subban Foundation‘s campaign videos.

Before his team beat the Canadiens 4-3 in overtime, Subban was booed by some Habs fans at the Bell Centre when he touched the puck.

It was Subban’s first time returning to Montreal as a member of the New Jersey Devils, the second time he’s been traded following the blockbuster deal in 2016 that brought Shea Weber to Montreal.