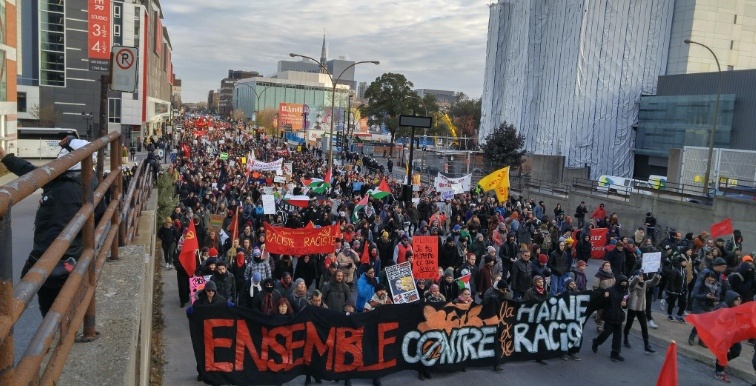 Thousands of participants are already signed up to partake in a mass protest this Sunday to march against racism in retaliation to the CAQ’s stance on immigrants and religious symbols.

Hosted by a public group called “Contre la haine et le racism” (Against Hate and Racism), the anti-racist protest will take off from Place Émilie-Gamelin at 3 pm and encourages people and families to show support in large numbers.

“With the results of the recent Quebec election – giving a majority to a political party that unapologetically used xenophobia against immigrants and religious minorities – it’s more important than ever to take the streets in opposition to racism,” reads the group’s website.

The group says that immigrants have been scapegoated and made to feel fear by far-right proposals like lowering immigration levels, a French values and language test, and deporting those who fail the test.

The protest will also refute the policy that public workers will be banned from wearing religious symbols in the workplace.

The group urges participants to take to the streets with a clear opposing message to the CAQ and “their racist far-right supporters.” The march will support the members of all communites, the struggles of Indigenous people, immigrants and all oppressed people.

The march will bring together people for a society without borders, based on solidarity and inclusion.