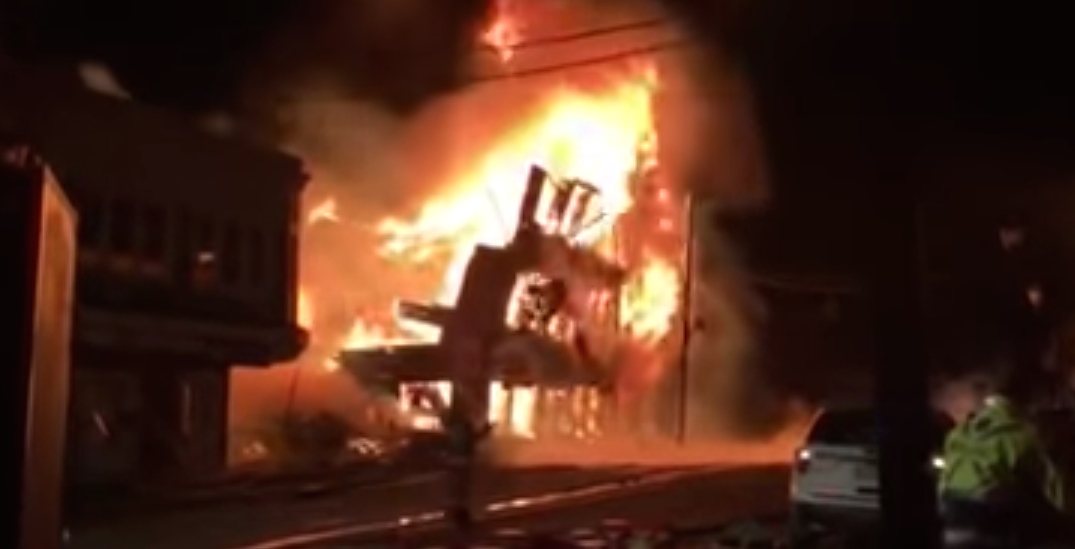 Firefighters from different districts around the Eastern Townships were called to help a major fire in Magog in the early hours of Tuesday morning.

The large and historic building on the corner of rue Principale and Deragon was engulfed in flames by about 3 am and coupled with the weather’s strong winds, the structure began to crumble down by 6 am.

The building was known as the Magog Opera House and hosted two floors of apartment units above. The adjacent streets were closed down as a precautionary measure to prevent the fire from spreading.

No injuries have been reported so far by La Ville de Magog nor its resident firefighters.