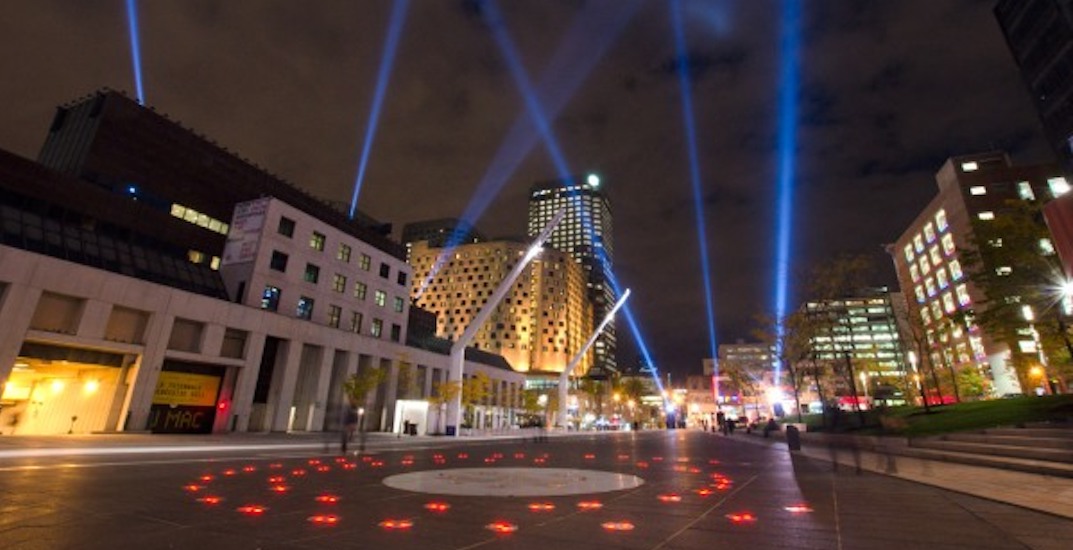 Place des Festivals is about to get lit.

The Quartier des Spectacles’ public square is set to host the 10th edition of Luminothérapie through Pop!, a celebration of five fantastical creatures that aim to light up the city during the dark days of winter.

Like last winter’s musical dominoes, Luminothérapie aims to “spur creativity in the design of urban installations and digital art,” according to its website.

Several cities around the world have shown interest in its interactive art installations, anchored by local artists and creators. In the last two years, five Luminothérapie works have been taken to over 25 cities across Canada and around the world.

But we won’t have to go that far. Pop! starts tomorrow at the Place des Festivals and will stay lit every day (weather permitting) until January 26.

This year’s event is created by Gentilhomme, a Montreal-based multidisciplinary creative studio that specializes in the creation, direction, and production of interactive films, experiences, and installations.

Luminothérapie released a teaser for the upcoming outdoor light show. Though the trailer doesn’t show any of the artwork, it introduced the event’s creatures, POPO, POPUP, POPLI, POPETTE, and POPOTIN.

“They’re waiting for you to entice them to leave their mysterious luminous monoliths for an electrifying fiesta that will bring joy and light to the depths of winter,” reads the Luminothérapie website.

We’ll be sure to keep you posted with the first photos from this year’s outdoor light show.