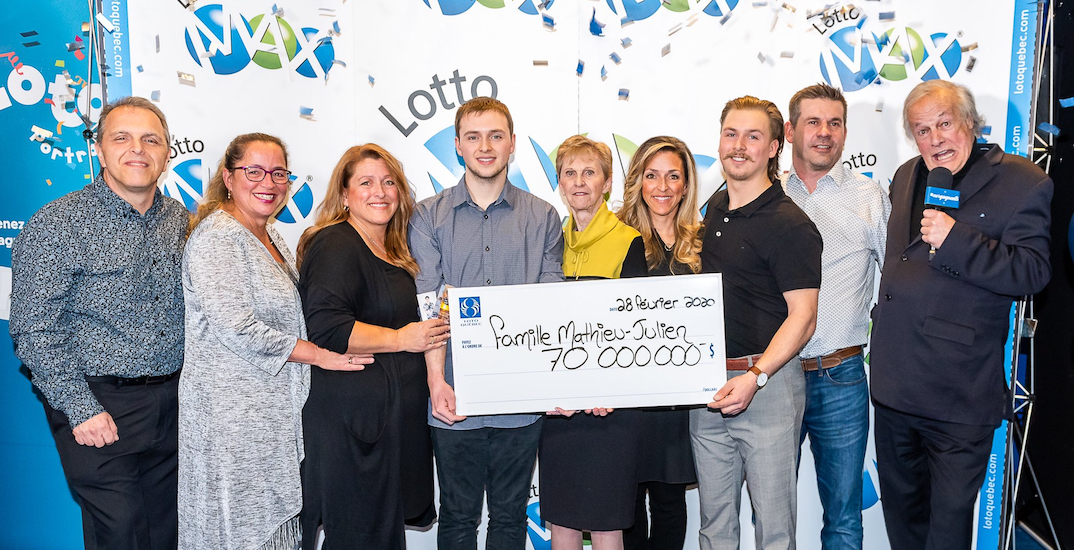 A 22-year-old grocery store employee won the biggest jackpot in Quebec’s history after he purchased the winning lottery ticket from the IGA where he works.

Talk about a bags to riches story, huh?

Gregory Mathieu, a bagger at the IGA Extra in Sainte-Foy, says he will split the $70 million grand prize with seven members of his family.

“This is the first time in our history that a jackpot this large is won in Québec. Lotto Max is one of Quebecers’ favourite lotteries, producing a great many winners year after year. What’s more, this record jackpot coincides with Loto-Québec’s 50th anniversary,” said Lynne Roiter, President and Chief Executive Officer of Loto-Québec.

The young soon-to-be multimillionaire says he arrived to work on Wednesday morning and validated his ticket only to discover he was in possession of the big time ticket.

“An ecstatic Gregory was congratulated by all the customers and co-workers on hand,” reads the Loto-Québec press release. “He immediately called his mother to tell her the good news.

According to Loto-Québec, the winners are going to give it some time to let the dust settle and reflect on their future. Some family members have plans to buy new cars and go on vacation.

“We are a very close-knit family and I am thrilled that we are able to experience this life-changing moment together,” stated Sandra Julien, Gregory’s mother.

The IGA Extra, though probably losing a bag boy, will receive a 1% commission for dishing out the winning ticket — a smooth $700,000.