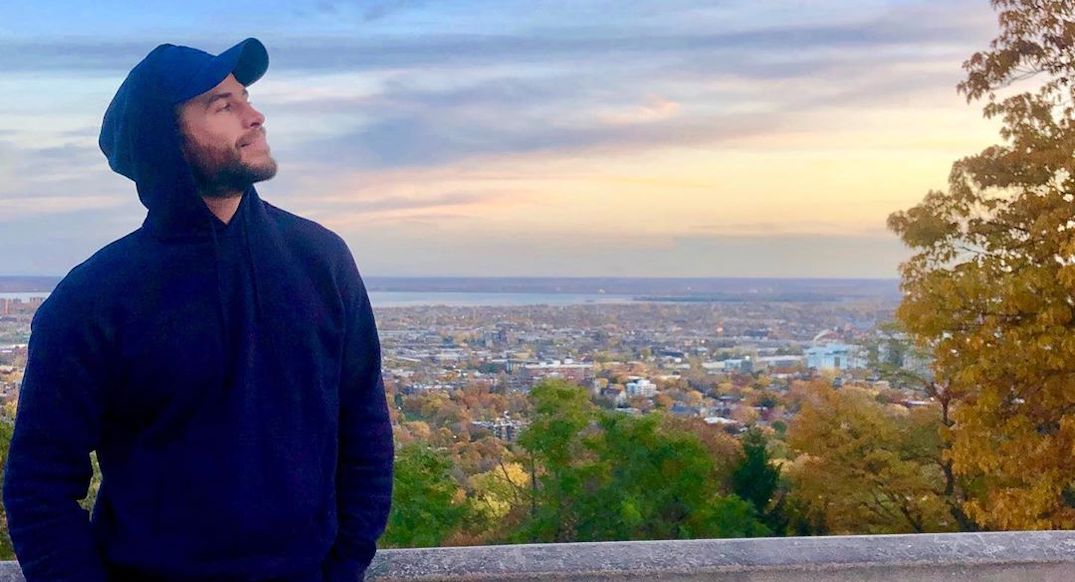 The 29-year-old, who is in Ontario filming his new Quibi TV series Dodge & Miles, has already been spotted in both Toronto and in Hamilton over the past few weeks.

And it looks like the actor is still on Canadian soil as he shared a photo of himself enjoying fall in Montreal on Monday morning.

Hemsworth showed his 14 million followers on Instagram a shot of him posing with a stunning view of Montreal in the background.

Fresh and crispy fall in Montréal

But this isn’t the first time the recently single Hemsworth has shared snaps of his travels in Canada.

The Hunger Games actor has already shared what he does during his downtime between filming in Hamilton, he let the world know he was chilling in Toronto, and he also showed off his physical strength.