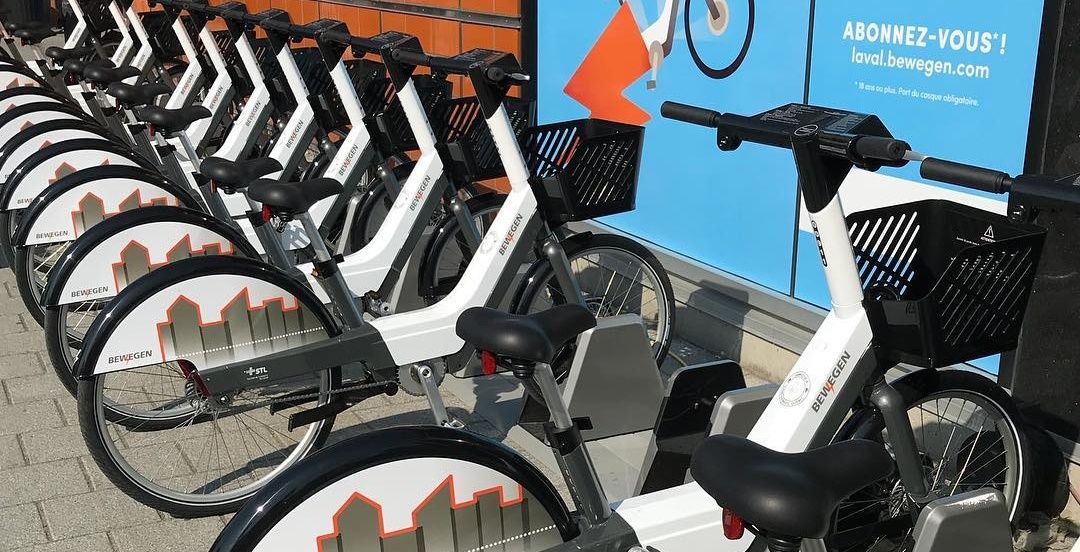 Tough hills are going to be real easy to climb in Laval thanks to their new electric bikes.

The city’s new bike sharing service features BIXI-esque rentable bicycles that use a small electric motor to assist with pedaling.

The bikes are manufactured by a Quebec company named Bewegen and are designed by Michel Dallaire, the same man who engineered Montreal’s BIXI bikes. Bewegen have already set up similar programs in 20 European cities.

Anyone over the age of 18 is eligible to rent a bike, either as a season-long registered user or a temporary guest. It is mandatory for all riders to wear a helmet.

Each bike comes with a screen on the handlebar showings its electric charge level and how long it will last. Season passes cost $40, while individual rides cost $2 for the first 45 minutes and an additional $2 per half hour afterwards.