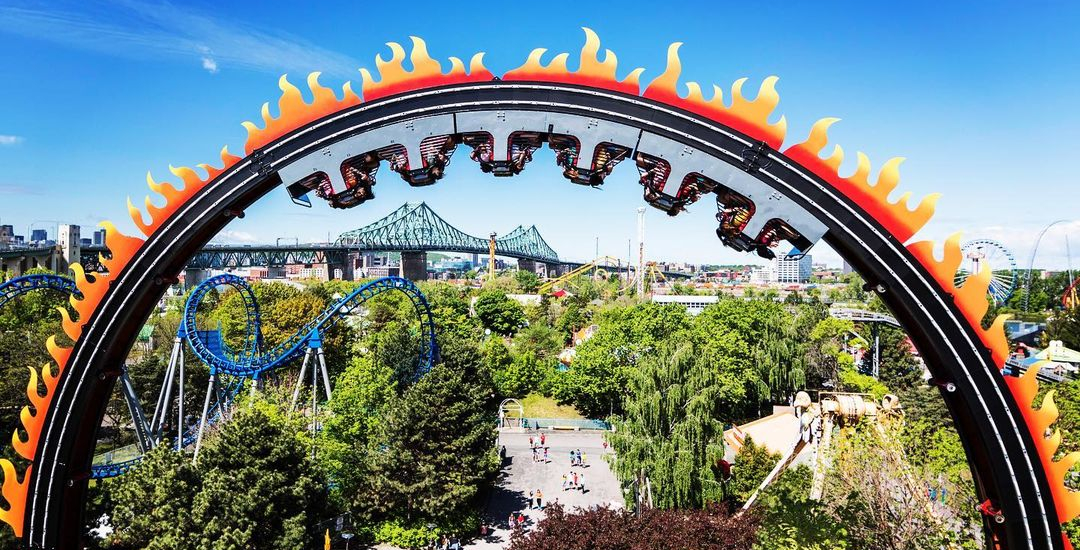 From now until August 29, Quebec’s biggest amusement park will be open daily starting at 10 am, for thrill-seekers who want to get in a little morning ride on The Goliath.

For the rest of June, July, and the first three weeks in August, the park will be open from 10 am to 7 pm on weekdays, and 10 am to 8 pm on weekends.

From September to October, La Ronde will reduce to 10 am to 6 pm on weekends only.

Essentially, if you’re planning on going to La Ronde twice this summer, an all-season pass will pay itself off after the second trip.

La Ronde — which opened for the spring season on May 22 — says all public health guidelines are being followed, and the park guarantees customer and staff safety amid the pandemic.

(It’s a 7-storey loop roller coaster because, of course, it is.)

All other rides, concessions, and mini-games have also reopened across the park except for Canada’s largest wooden roller coaster, Le Monstre, which is closed due to “health and safety policies,” as per Six Flags.