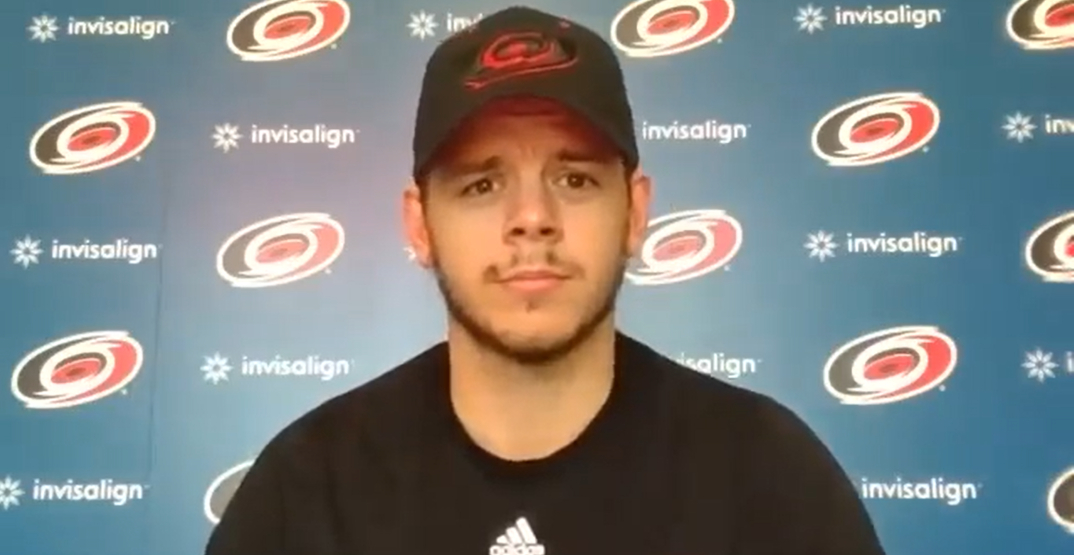 Jesperi Kotkaniemi sat through an array of questions from Montreal reporters during a press conference on Tuesday. The topics ranged from his offer sheet fiasco to his upcoming return to the Bell Centre as a member of the Carolina Hurricanes.

When asked about potentially being booed by Canadiens fans during Thursday’s game in Montreal, Kotkaniemi responded with an air of uncertainty.

“I think everyone has their own opinion on that… I just did what’s best for me at the moment,” adding that “Everyone [fans] can do whatever they want.”

Kotkaniemi was famously offer sheeted and acquired by the Hurricanes this past offseason after not coming to a contract agreement with the Canadiens. The Finland native, who Montreal selected in the first round of the 2018 entry draft, followed the announcement of his departure with a heartfelt letter to fans.

Despite his good intentions, Kotkaniemi will likely be met with a barrage of boos from the crowd on Thursday night. After all, this was the treatment given to other ex-Habs who returned, such as PK Subban and former captain Max Pacioretty — both of whom were traded.

The 21-year-old centre, who is now under a one-year, $6.1 million contract with Carolina, seems to have no hard feelings against the Canadiens organization. “It was a great spot to play for three years. Everyone knows they have unbelievable fans, great teammates – couldn’t wish for any better way to start my NHL career.”

Kotkaniemi had 22 goals and 62 points in 171 regular-season games with Montreal.