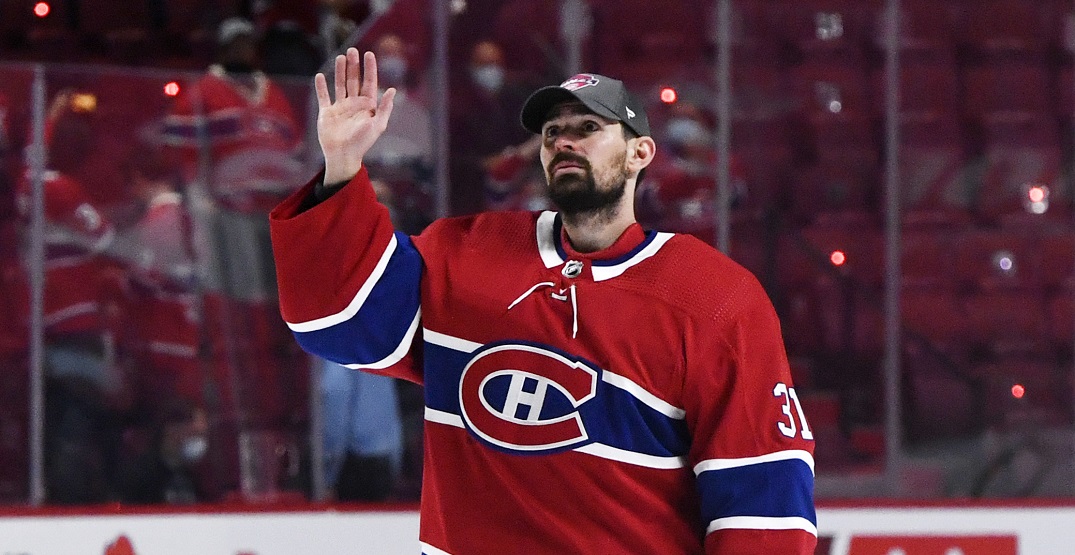 If there was ever any doubt about how Montreal Canadiens fans felt about goalie Carey Price, it was wiped away with a standing ovation on Saturday night.

Price, who is currently away from the team in the NHL/NHLPA player assistance program, was given a huge ovation when introduced prior to the team’s home opener against the New York Rangers.

What an ovation for @CP0031 at Bell Centre. ❤️💙#NHLonSN | #HockeyNight pic.twitter.com/zKaEsSt662

Price has been a member of the Canadiens since being drafted fifth overall back in 2005.

He’s played 707 games across 14 seasons for the Habs, and backstopped the team to his first-ever Stanley Cup Final appearance this past summer.

Love hearing a Carey chant at the Bell Centre.#GoHabsGo pic.twitter.com/SGciS6bLVi

The reason for his entry into the personal assistance program wasn’t disclosed.

Last week, Carey’s wife Angela shared a note on Instagram in support of Price’s choice to join the program.

“No matter what is on the line, we hope we can communicate the importance of putting your mental health first not just by saying it, but by showing up and doing the work to get better,” Angela Price wrote. “Carey’s showing up for himself and our family and making the absolute best decision possible for us.”

Price wasn’t the only player with a big ovation, however. Jonathan Drouin, who took a personal leave from the team last April, was welcomed back with a big cheer as well.

The Canadiens haven’t gotten off to the best start to the season. They’ve lost all three of their games in regulation, scoring just three times while allowing 10 goals against in the process.