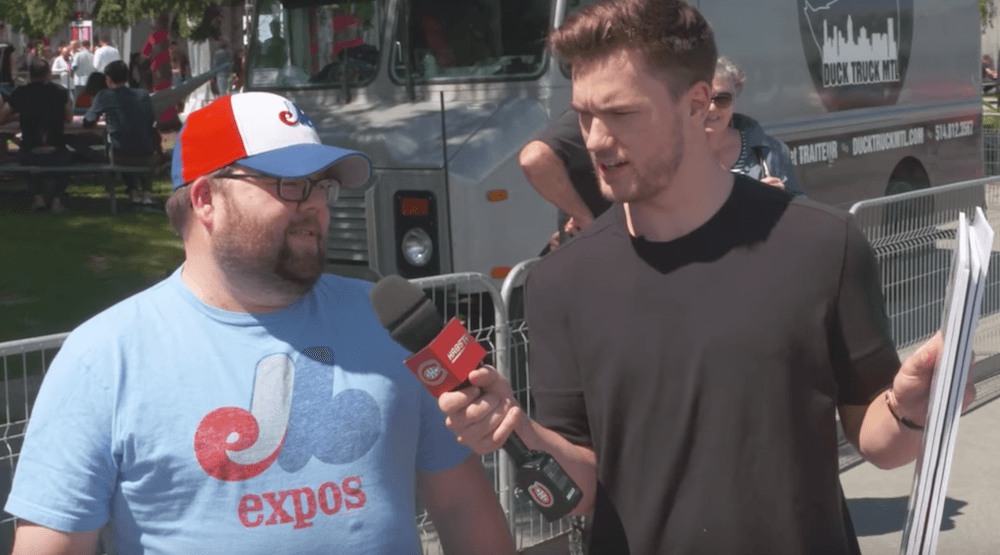 Montreal is a hockey-mad city.

People know the game, and they love their Canadiens.

But that doesn’t mean they can’t be fooled sometimes.

When GM Marc Bergevin acquired Jonathan Drouin from the Tampa Bay Lightning last month, it was front page news. The Ste-Agathe native is a star in the making. If all goes well, he could soon be one of the most recognizable faces in the province of Quebec.

But he isn’t yet.

Drouin went undercover, posing as a reporter for HabsTV in Old Montreal to get some insight on what fans think of the team’s offseason acquisitions. The 22-year-old didn’t need a disguise to pull off the prank, despite the fact that everyone he talked to knew his name.