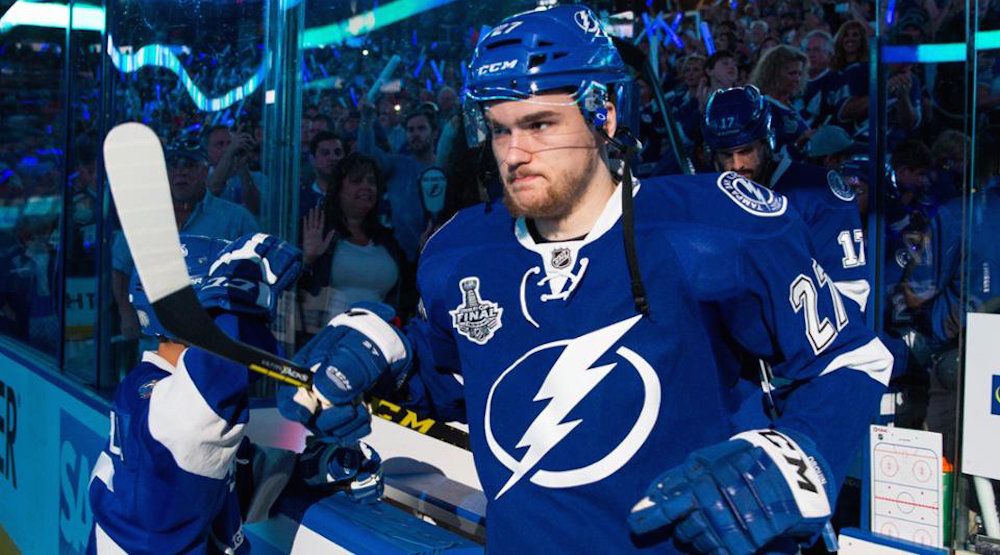 The Canadiens, who also included a sixth-round draft pick in 2018, are sending prospect Mikhail Sergachev and a 2018 second round pick to Tampa Bay in return.

The third overall pick in the 2013 Draft, Drouin had a rocky start to his NHL career, but there’s no denying his talent.

Because Tampa Bay was such a deep team, Drouin found it difficult to get playing time early in his career. That led to some bad blood between he and the team, leading to a trade request during the 2015-16 season.

In Sergachev, the Canadiens give up some youth. The 18-year-old Russian defenceman was Montreal’s first pick (ninth overall) in last year’s NHL Draft. After a four-game stint with the Canadiens this season, Sergachev was returned to his OHL team in Windsor where he put up an impressive 43 points (10-33-43) in 50 games.

Drouin is a restricted free agent, and will command a big raise.

From a Canadiens fan perspective, you have to love this trade. Drouin instantly makes the Canadiens a more dynamic and dangerous team, which should increase Montreal’s Stanley Cup chances.

With Carey Price in the prime of his career, and on the heels of acquiring Shea Weber, the time is now for Montreal and Bergevin knows it.

*Update: The Canadiens have given Drouin a six-year contract extension worth $5.5 .

“It’s quite an honour to be a member of the Canadiens,” Drouin said. “I’ve had a smile on my face for three hours straight!”

“I’m getting a 22-year-old player,” said Bergevin. “We traded a prospect we really liked, but it’s pretty much a trade of one young player for another.”