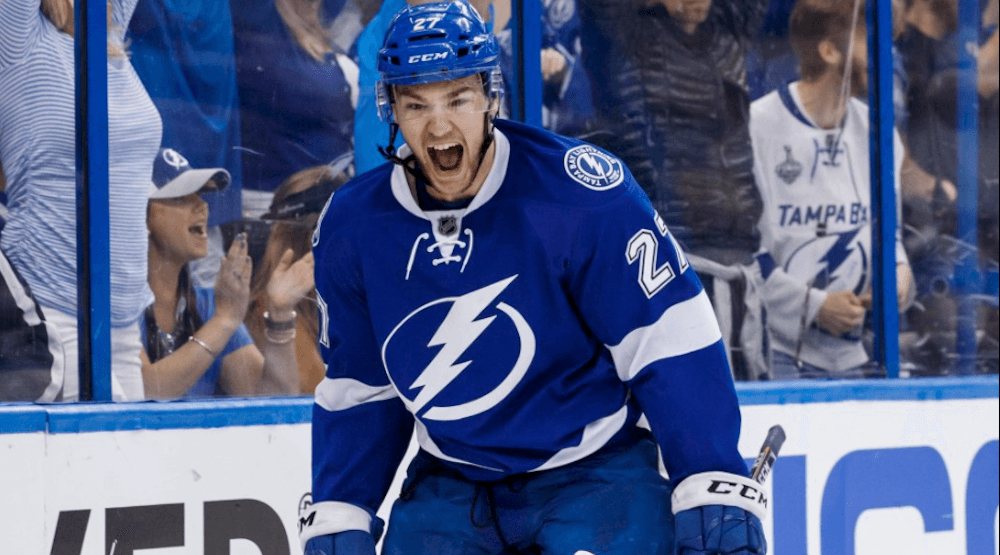 It’s not often that a top prospect is traded a year after getting drafted, but that’s what happened to Mikhail Sergachev.

It’s also not often that a player of Jonathan Drouin’s caliber becomes available.

The Canadiens made major news in the NHL on Thursday, acquiring former third overall pick Drouin from Tampa Bay in exchange for Sergachev, the ninth overall pick by Montreal in 2016. Both players had been in trade rumours in recent weeks, but recent rumblings suggested that Alex Galchenyuk would be the man getting shipped out of town.

Drouin brings something to the table that the Canadiens struggled the most with during their playoff run: scoring.

With Max Pacioretty, Alex Radulov (at least for now) already on the team, this should allow Drouin to play on the second line with Paul Byron while bumping Brendan Gallagher into a third line role, something that fits his style very well.

Jonathan Drouin will bring some spectacle and we need that. (Do I really need to tell you why?) https://t.co/cecy4fU2OX

Drouin had 21 goals and 53 points in 73 games last season (would have placed him third on Montreal) and the expectation is that freeing him out of the offensive logjam in Tampa and giving him a fresh new start as a top six winger in Montreal will force even more out of him.

Tampa is in a tight cap situation heading into the summer, and Montreal clearly took advantage of that by adding a top end winger into the fold.

Losing the team’s top draft pick a year ago may seem like a steep price, but that’s what it takes to improve your front end.

While Sergachev could end up being a great player some day, he did struggle at the World Juniors for Russia and the team needed immediate help to take advantage of the prime years of Radulov, Pacioretty, and Carey Price’s careers.

Who can Montreal replace Sergachev with?

It’s a little easier since he wasn’t likely to make the jump to the NHL full-time next year, but with good seasons from Victor Mete and Noah Juulsen, the team has options.

Also, it appears Alex Galchenyuk is very, very likely to get traded. Strong possibilities for a defenceman to come back the other way.

The team could also still be offering up Alex Galchenyuk for a top end defenceman, for all we know.

One of the most exciting parts about Montreal’s season was the emergence of Radulov as a star in the NHL again. Arguably Montreal’s best player all season long, the former Nashville Predators forward was the top player for the Canadiens during the playoffs, a result that should earn him a raise this summer as he hits the free agent market.

After taking a $7 million gamble a year ago, some people wondered if Radulov would become the next Alex Semin and bolt back to Russia if he struggled early on. Instead, the complete opposite happened.

Now, he’ll want somewhere near that, or higher, for at least a couple years. Like Radulov, the Canadiens have to pay Drouin now, too.

Maybe, just maybe, the Drouin deal was made in case Radulov chooses not to re-sign before July 1st? It’s possible, and if so, the Canadiens at least dealt themselves a bit of breathing room.

Let’s not forget that they have to sign Galchenyuk too, who is an RFA, and the verdict is still out about Andrei Markov’s future in Montreal. With about $22M in cap space heading into the expansion draft, the team do have decisions to be made about how to fill the remaining seven roster spots.