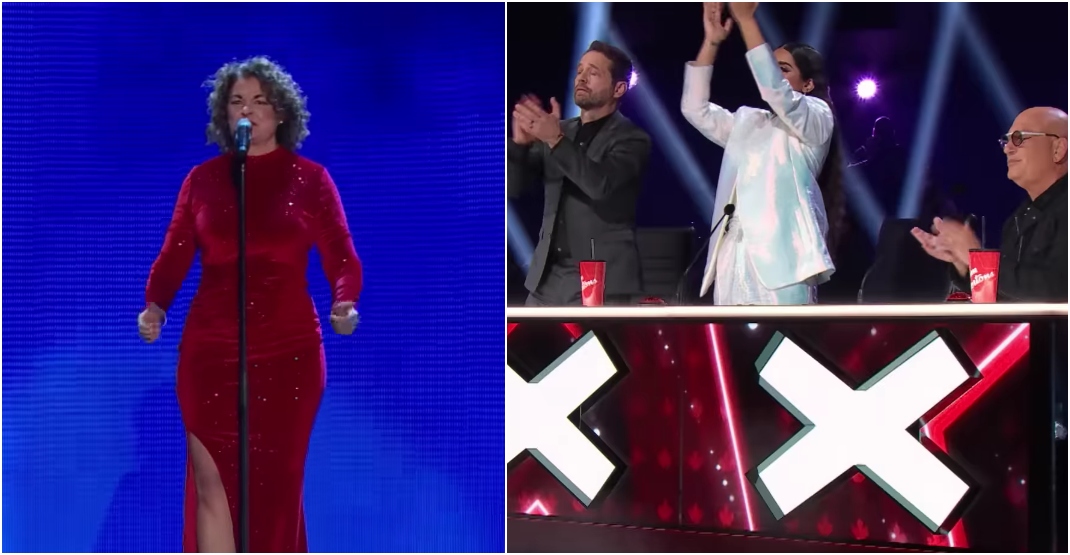 Last month, Jeanick Fournier, stunned Canada’s Got Talent audiences with an audition that featured a goose-bump-inducing cover of Céline Dion’s “I Surrender.” It also earned her a standing ovation and the “Golden Buzzer” courtesy of the show’s host, country singer Lindsay Ell.

Now, Fournier, a Quebec mother of two, has the chance to go all the way and compete in the show’s finale. In order to make it there, she needs the votes of viewers across the country.

Many have commented on Fournier’s star power over the past few weeks. It was on display once again this week when she performed the song “Never Enough,” a track popularized by Loren Allred.

The 49-year-old palliative care attendant sang the emotional ballad as photos of her two special needs children appeared in the background. The crowd once again erupted in applause — along with the judges.

If you want to see Fournier in the CGT finale, you should probably submit your vote on the show’s website as soon as possible. The online polls will close tonight at 10 pm ET.

Among the race’s remaining acts are Toronto’s Canine Circus and the the international Trillium Entertainment, both of which are circus acts. There is also the dancing group The Renegades from Toronto and the Oakville gymnast duo of Theo and Mila, Ugandan singing duo Esther and Ezekiel and Vancouver comedian Ola Dada.

The finale airs Tuesday, May 17 on CityTV.