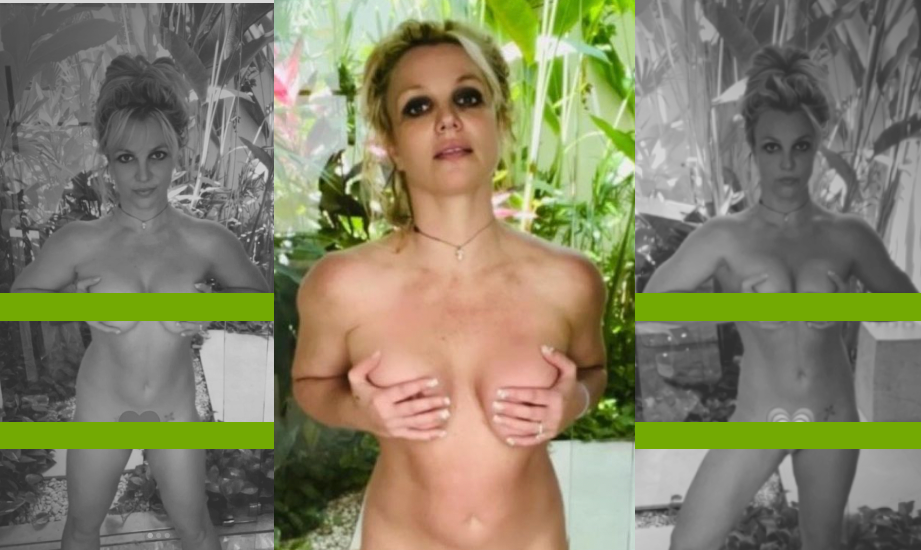 Fans celebrated the victory of the #FreeBritney movement, welcoming the star to her newly unrestricted social media accounts.

Britney is known for her peculiar posts and quirky mannerisms. She loves to show off her outfits and dance in circles on camera. But lately, her Instagram has taken a stranger turn, worrying her fans world-over.

The singer has been posting blurry shots of herself naked, with emojis covering her privates, over and over again. Sometimes, she shares “photo dumps” where she repeatedly posts a single image with different filters applied to it.

On April 11, Britney announced that she was expecting a child with her partner and personal trainer, Sam Asghari.

The caption on the post, and captions on subsequent posts, also highlight the star’s obsession with her weight. She’s often seen clasping the back of her dresses with one hand to make her figure appear slimmer.

Soon after the pregnancy reveal, on April 24, Britney announced a hiatus from social media.

“I’m going on a social media hiatus for a little while!!! I send my love, and God bless you all,” the pop princess said in a now-deleted post.

But this hiatus never really happened. If anything, the frequency of her posts may have gone up since.

“She NEEDS help,” one commenter wrote on one of Britney’s posts. “Britney is clearly not ok. I hope she gets some help, and soon,” said another.

“I love u. Do whatever you want, QUEEN!!!!” said one of the hundreds of fans celebrating the star’s new sexual liberty.

It is clear that there are primarily two groups of people in Britney’s comments — one is proud of her for celebrating her body; the other sees something dark behind the pattern of her updates and is genuinely worried for her mental health and well-being.

But there’s yet another subgroup — a large one at that — that’s slut-shaming the artist under the thin veil of concern. There are comments about the importance of “leaving something to the imagination” and “having shame” as a mother of teen boys.

“No dignity,” one person simply wrote. “You are a teenage mom with a baby on the way. No!”

Concerns aside, most people following Britney’s life believe she’s simply living out her youth, which was snatched away from her under the strict, regimented conservatorship of her father.

i swear people forget that britney was in a prison of her father’s design for the past 13 years. she missed the years when we were all terrible at instagram and used those tacky in-app filters. she’s feeling herself. let her be pic.twitter.com/KWAMAQ3bri