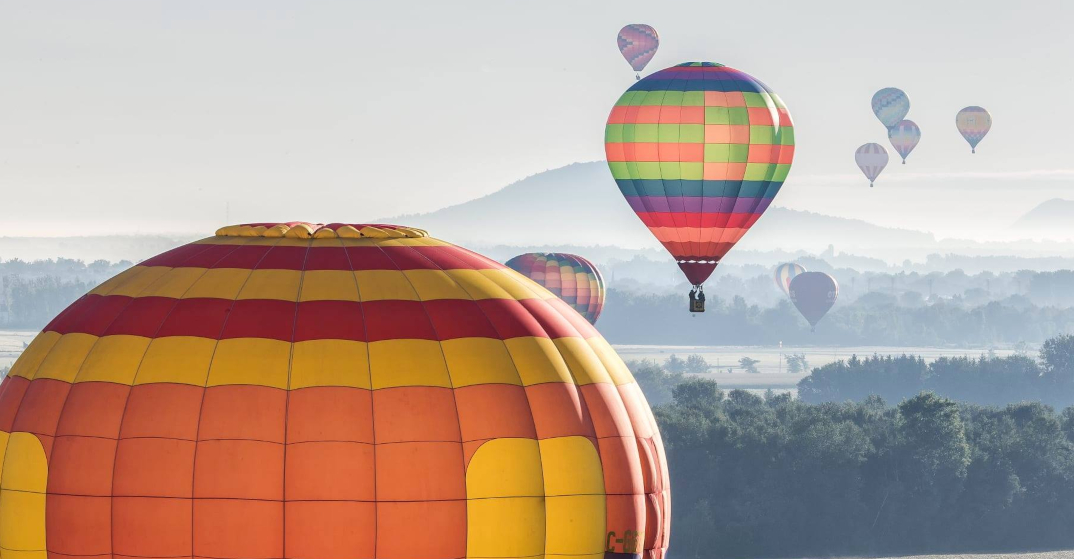 The International Balloon Festival of Saint Jean-sur-Richelieu (officially called “International de montgolfières”) is the largest gathering of balloons in Canada. The week-long event caters to the entire family and is an easy 40-minute drive off the island of Montreal.

In what started off as a balloon festival, the event has grown to host food vendors, bar outlets, live bands, theatre and magic performances, and activities.

Plus, a pretty impressive lineup of musical guests that include Ludacris, Charlotte Cardin, Jason Derulo, Billy Talent, and more.

The festival also offers yoga inside floating hot-air balloons as well as both nightly launches and early morning shows, some fleets going as early as 6 am as the sun begins to rise.

If a sky full of balloons isn’t enough for you, the fest also includes an obstacle course, a petting zoo, amusement park rides, a skate park, and virtual reality games.

General admission passports (for all nine days) are available to the festival starting at $64 for children and $104 for adults. Daily passes range from $40 to $54, depending on which musical guest is headlining. Hot-air balloon flights start at $344 for six-hour trips, and hot-air yoga costs $28.