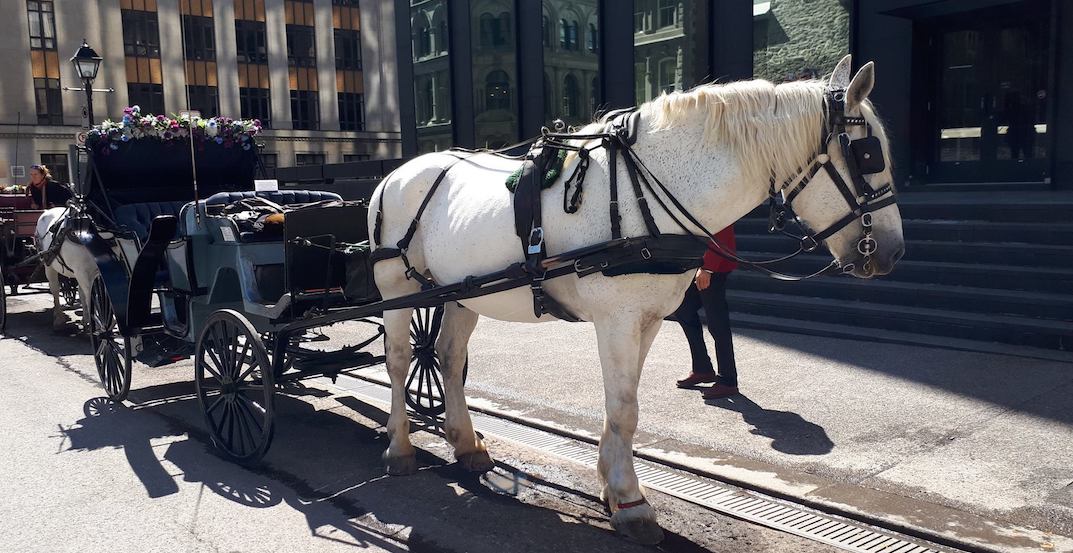 Horse-drawn carriages in Montreal will soon be a thing of the past.

In June of 2018, Projet Montréal announced that the City of Montreal will move forward on a ban of horse-drawn carriages by 2020. Today, Mayor Valérie Plante confirmed that the Old Montreal tourist attraction will soon be no more.

When Plante was elected Mayor in 2017, one of her campaign promises was to put an end to the industry.

Calèche drivers have been carrying passengers around the city for decades but the new policy to ban the carriages, known as calèches in Montreal, grew amidst concerns over the welfare of the horses.

“It’s official: December 31st will mark the end of horse-drawn carriages (calèches) in Montreal,” says Mayor Valérie Plante in a tweet. “This decision confirms that our bylaw is fair and sound. Our administration made a promise and we delivered. Montreal is an animal-friendly city.”

The SPCA had repeatedly called on the city to end the tourist attraction, saying horses shouldn’t be forced to deal with motor vehicles, cobblestone streets, and Montreal’s hot and cold temperatures.

The last day horses will be allowed to stroll through the streets is on December 31, 2019.