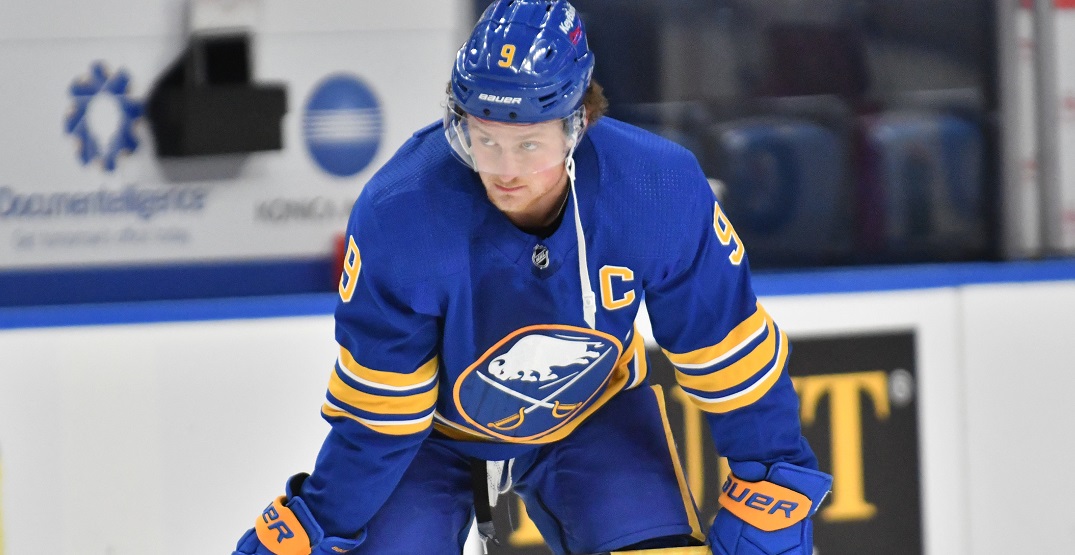 The Jack Eichel saga has found its latest chapter with Sportsnet’s Eric Engels reporting that the Buffalo Sabres captain will be entering Quebec, and is “bringing his hockey sticks.”

I don’t know why—could be pure coincidence—but Jack Eichel is boarding a plane headed for Montreal right now. And he’s bringing his hockey sticks with him.

But hold your horses on thoughts that he’s set to join the Canadiens.

Engels offered up the explanation that Eichel is simply attending the BioSteel camp, an annual offseason retreat for NHL and other pro and junior players to work on their skills in the offseason.

One good reason he could be on his way is because biosteel camp is going down here this week… https://t.co/uXZdHIdNbH

Hockey fans—Canadiens, Sabres, and just about everyone else—weren’t exactly stoked about the seven minutes they thought Eichel could be on a new team, but suddenly wasn’t.

society has progressed beyond the need for jack eichel trade speculation

everyone's making the joke that jack eichel's going to ottawa via a flight to montreal, but clearly if he was headed to the senators, they'd have bought him a bus ticket

Elliotte Friedman added some context that Eichel, who is currently rehabbing an upper-body injury, will be at the camp, but not participating in on-ice activities.

Eichel will be attending the @BioSteelSports camp, but not playing in the games. Participation will be off-ice. https://t.co/NqnCHnGPjJ

Trade rumours have swirled around Eichel all offseason, with it being no surprise that the star forward isn’t exactly happy with the Sabres.

Over his six seasons in Buffalo since being drafted second overall behind Connor McDavid in 2015, Eichel has played 375 games for the Sabres, scoring 139 goals, while adding 216 assists for a total of 355 points. But Buffalo has missed the playoffs every one of those seasons, having finished no higher than sixth in their division.

Engels offered an apology for getting anyone’s hopes up.

No. Obviously not. Sorry folks… https://t.co/bhfhmGkD2Q