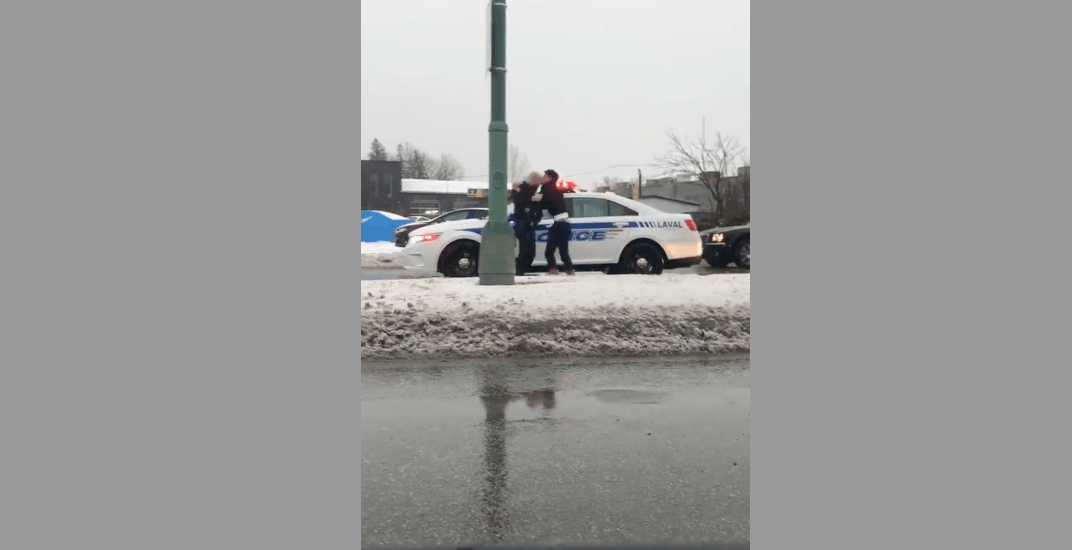 A video showing a Laval police officer head-butting a man has gone viral.

On Friday, December 28, police from Laval responded to a breaking-and-entering call, and a witness captured the physical altercation between officer and suspect before uploading them to Instagram.

The officer’s tactics have been questioned since the video was uploaded but Laval Police have claimed “there’s more to the situation” than the videos show, without context.

According to Genevieve Major, a spokesperson for Laval Police, the suspect grabbed a pair of the officer’s handcuffs and attempted to use them as brass knuckles. The officer’s head-butt was a retaliation in his defence.

The suspect in the video was one of three, two of whom fled the scene, after allegedly breaking into a private Laval residence.

According to police, the entire operation was considered high-risk from the beginning.

The video, which was originally posted as Instagram stories (@saucemonteezy), is embedded below.

All suspects are scheduled to appear in court today.

The officer, who is on leave because of an injury, will not be investigated by authorities.