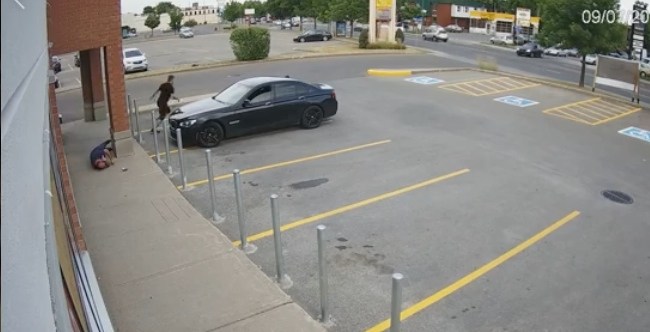 Laval Police are asking for the public’s help in locating a male suspect who ‘sucker punched’ a 46-year-old man and then fled the scene.

The victim was in front of a day care centre in Laval on Monday, July 9 at 6:05 pm when he was attacked from behind.

The 46-year-old man is still in hospital and is in critical condition.

The male suspect is described as being between 25-30 years old, measures 6’0” and weighs 232 lbs. He has short, reddish-brown hair, a slight beard and was wearing a black tee shirt with a white “MFC” logo and black shorts.

Laval Police claim there was no motive and are asking people with any information regarding the assault to call 911.

All information will be treated confidentially and privately.