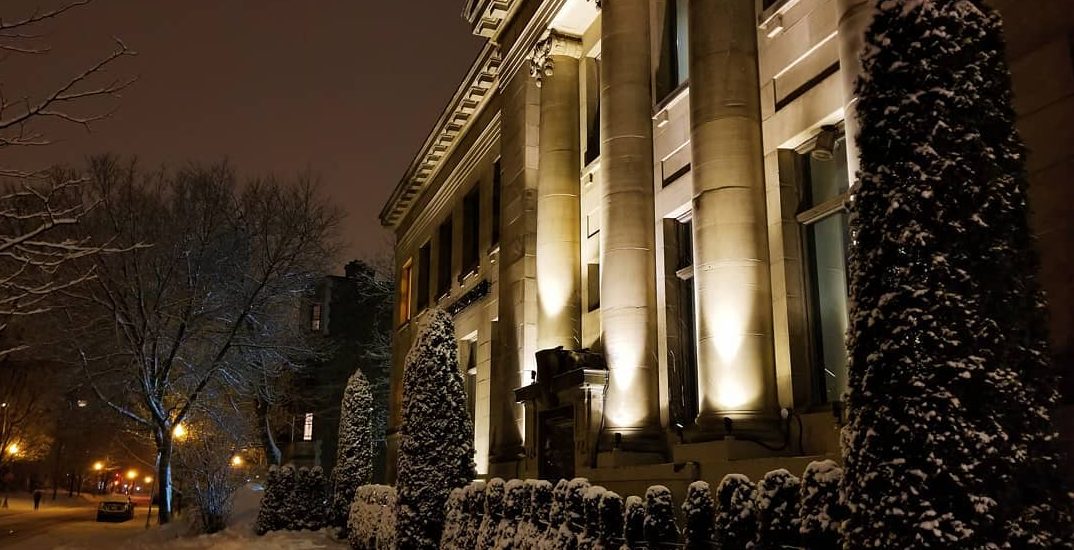 Having been founded in 1608 and first settled in 1535, Quebec has garnered an understandable reputation of being haunted.

With such a rich and storied history, hundreds of stories about hauntings have been reported in the province.

From Quebec City to Montreal and everywhere in between the province, here are the 11 haunted spots you have to check out in Quebec. 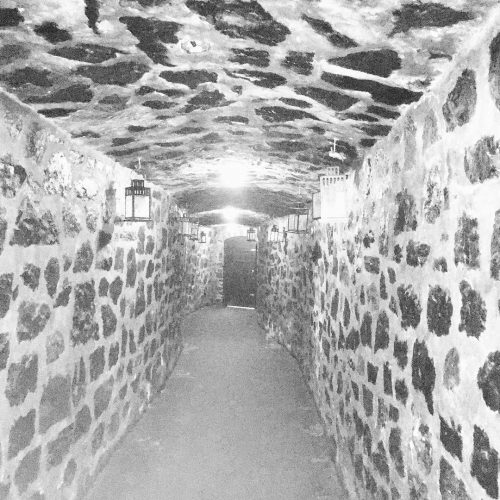 L’Auberge Saint-Gabriel is the oldest inn in North America. It was built in 1688 by a French soldier and was also the first ‘auberge’ on this continent to receive a liquor licence, in 1754.

Customers at Saint-Gabriel, that is currently used as a restaurant, reportedly feel ‘cold chills’ inside the narrow, stone-walled venue, even during the dead of summer. 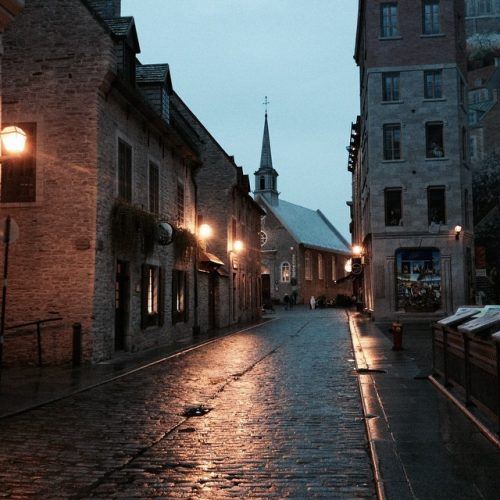 This church in Quebec City was built in 1804 and as legend holds, it was built over the grave of a baby whose mother now haunts the cathedral. Church-goers claim to have heard the organ play by itself after church hours.

Many guests allegedly report a lady floating on the balcony in the historic church. Organists have reportedly heard a female cry whenever they practice, apparently because the balcony’s ghost mourns the death of her child.

What’s even spookier, if a toy is placed on the organ, the organists apparently practice in peace, no screams, no chills. 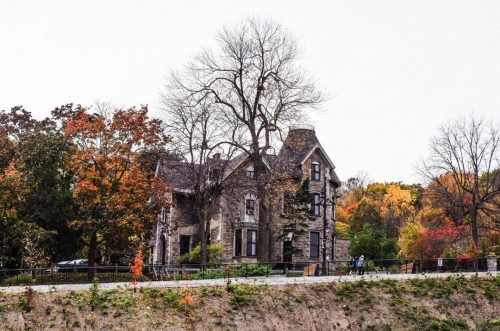 Perched atop McTavish Street, the Duggan House is a creepy, old, Gothic mansion. Hidden behind trees on Mont Royal, the shadowy estate is currently owned by McGill University’s Education Department and is one of the oldest buildings on campus. Built in 1861, using grey, hand-cut limestone that was recycled from Simon McTavish’s old estate, the Duggan House is said to be the home to the ‘ghost of the stairs.’

Students and faculty have repeatedly tripped up the stairs on the same step for decades. A student, on her way to her professor’s office, claims to have witnessed a 19th century girl, wearing a petticoat, cackling loudly on top of the staircase’s bannister. 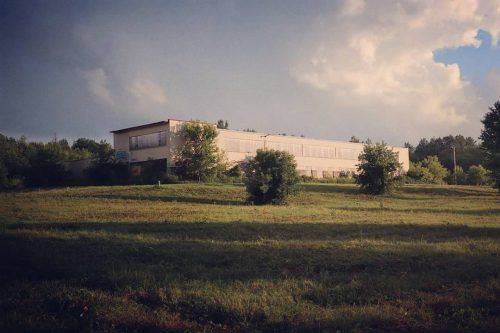 Dorea is an abandoned, former mental institution in the remote, small town of Franklin, an hour Southwest of Montreal. After travelling through a quiet, forested road to get there, the Dorea grounds are split between a large building and a smaller housing unit, both of which are apparently haunted by the mental institution’s former patients.

Visitors claim the merry-go-round spins by itself and film documentarians say their footage often comes back blurry, soundless and unusable. A filmmaker once claimed that while using thermal vision, the footage showed four radiated characters despite only being on location with one other crew member. 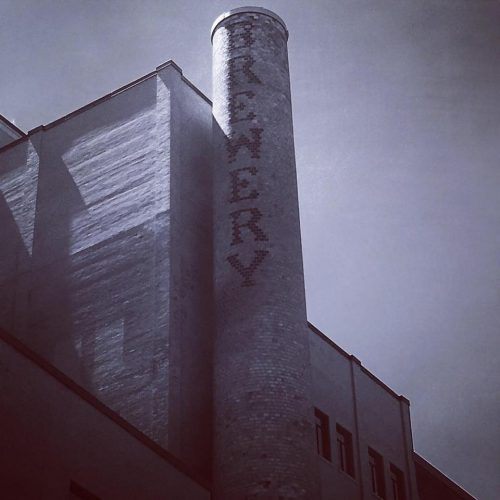 Griffintown is one of the city’s most historic neighbourhoods. Through the years, it’s witnessed dying Irish refugees during the Famine of 1847 but it’s the ghost of Mary Gallagher, the headless prostitute, that haunts the Griffintown borough. 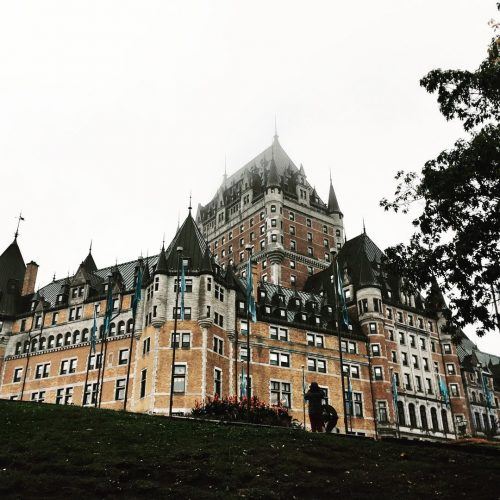 The 1759 Battle of the Plains of Abraham between the British and the French went down in history as one of the most famous battles in the country. It’s probably not surprising to hear rumours of guests seeing the ghosts of soldiers on the field, during dusk.

Many tourists also claim that they smell sulphur, the old-time gunpowder, and repeated complaints about the cannons being fired at night have been reported to Quebec City officials. The city says this is not a practice of theirs. 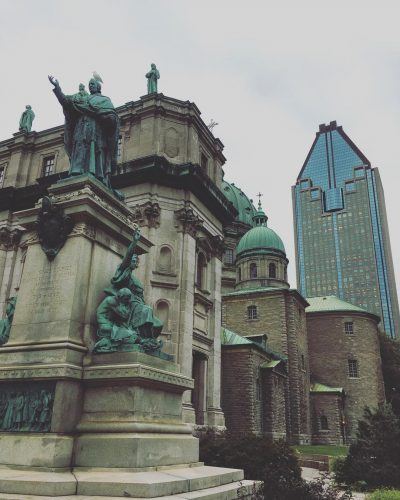 The site of John and Yoko’s bed-in, the hotel has been revamped throughout the years, but hasn’t been able to shake one spirit in particular.

There have been multiple reports of a woman dressed in white that wanders around the corridors and guests of the hotel have claimed to hear ‘someone’ humming songs late into the night, 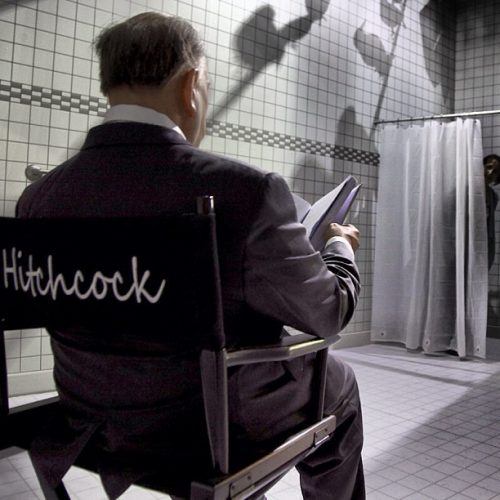 The famous American illusionist, stunt performer and escape artist, Harry Houdini was dealt his final blow in Montreal. He was visited by a McGill student named J Gordon Whitehead who was curious about Houdini’s alleged magical powers.

The young man delivered a series of punches to Houdini’s stomach before the magician could tighten his muscles. Taken off guard, Houdini’s appendix ruptured and his health began to quickly fail. He died on Halloween, at the age of 52.

Houdini’s ghost is said to haunt Grevin’s wax museum in the Eaton Centre. Staff members claim to constantly hear chatter and music from the museum’s main ballroom after the doors have been locked up.

From Albert Einstein, Elvis Presley, Charlie Chaplin and Alfred Hitchcock’s wax figurines, don’t use the legacy of the dead to make money or Harry Houdini may make sure of it. 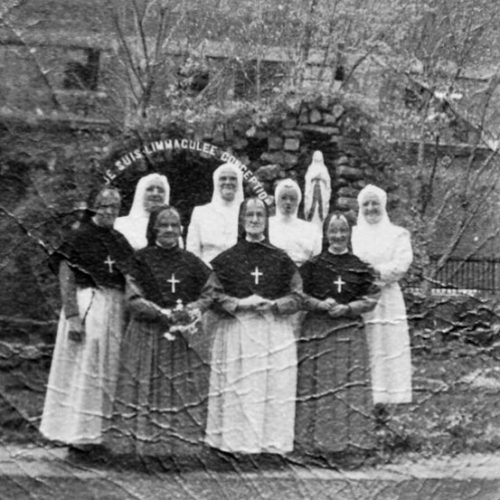 Built in 1871 as the congregation’s motherhouse, this imposing structure on Guy Street once housed more than 1,000 nuns, while also serving as a hospital and an orphanage.

Concordia University purchased the building in 2007 and converted it into a residence for students. Much of the building was renovated except for the basement crypt where 232 nuns are buried. For health reasons, since many of them died of highly contagious diseased, their remains must stay there.

A 1918 fire also decimated the top floor of the building which was then used as an orphanage. According to reports, more than 50 children were trapped inside the building and perished in the blaze.

97.7 CHOM’s slogan is “The Spirit of Rock” and said “spirit” certainly comes from somewhere.

In 1972, CHOM moved their original office building from 1310 Greene Avenue across the street to a three-storey house at 1355 Greene. The former owner of the house had apparently committed suicide in the back bedroom.

That bedroom became the radio show’s music library and strange incidents started happening. Listeners would call into the radio station and ask to turn off the radio’s “humming” sounds, despite CHOM reporting nothing of the sort. 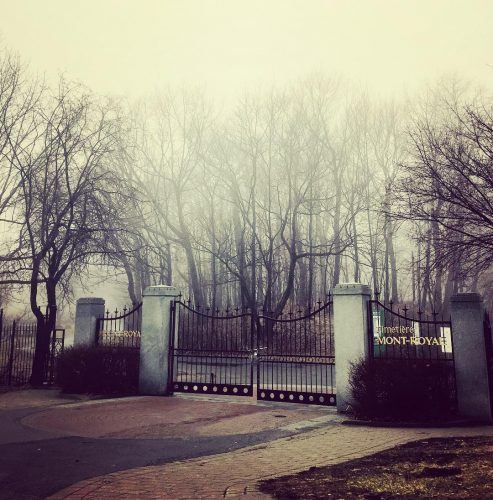 Guests have reportedly claimed to have their cellphone’s data freeze and the apparent sounds of coffins opening fill the dead air.