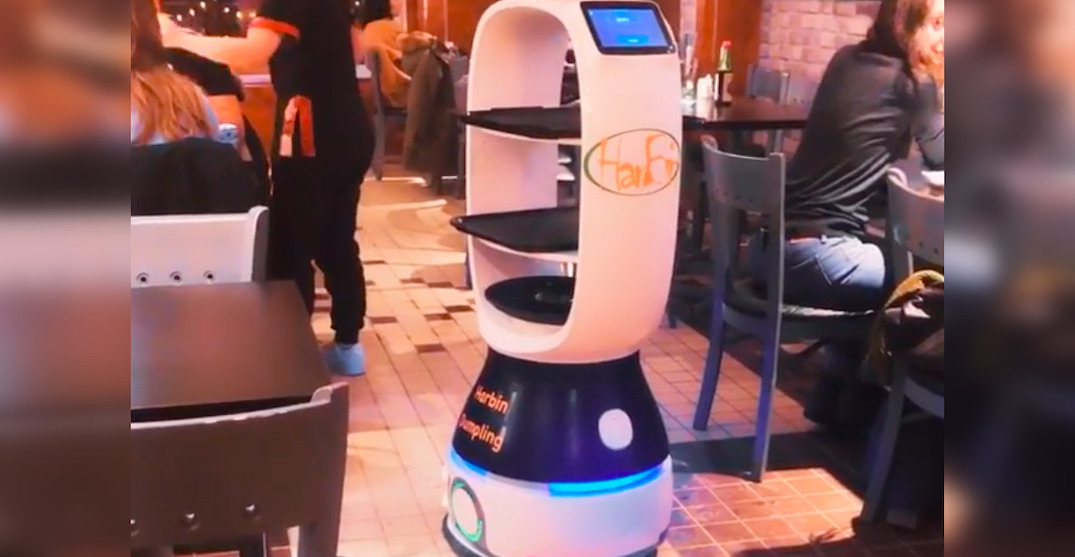 If you’re hungry for dumplings and a little bit of robotics, Harbin Dumplings should be your on your radar.

Both locations of the dumpling franchise (on St-Denis and St-Laurent) have an automated busser that carries trays and dishes back and forth during food service.

While the cute little robot lacks limbs to be able to pick up or drop off food, the robotic busser glides to tables and transports empty dishes to and from the kitchen.

“Check out our incredible robot,” reads the resto’s French Instagram page. “To better serve you, we have Quebec’s first intelligent restaurant robot.”

According to the Harbin Dumplings Facebook page, the android busser speaks French and even tells customers to move out its way and will sometimes adjust its eyes to angry mode, telling clients “je suis fâché.”

And if The Terminator has taught us anything, when an angry robot tells you to do something, you should probably oblige.

Robotic staff aside, Harbin Dumplings specializes in homemade dumplings and traditional Chinese food. Both spots are open from 5:30 to 9:30 pm on Mondays and Tuesdays and from 11:30 am to 10 pm during the rest of the week.