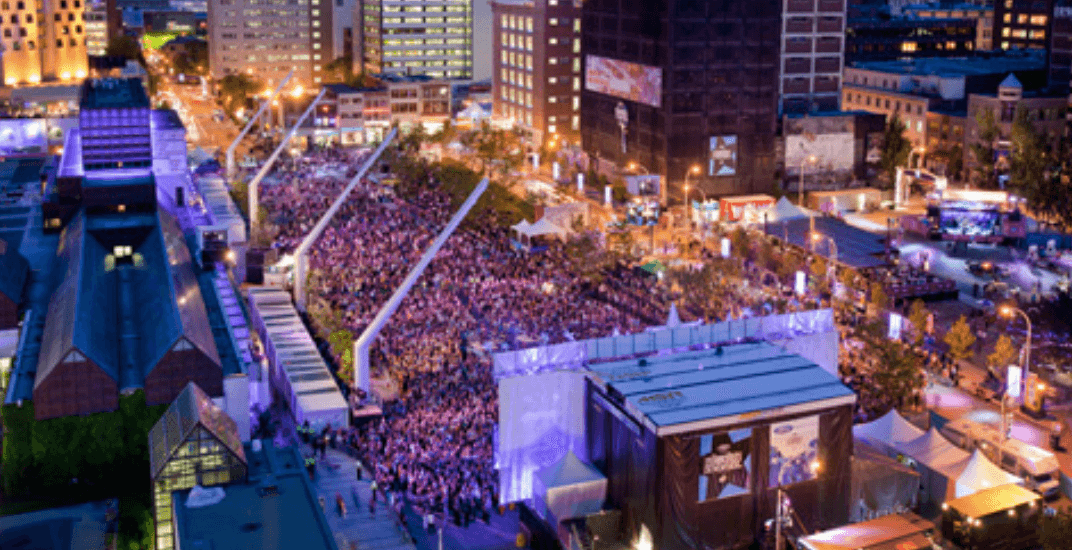 Montreal is really outdoing itself for Halloween festivities this year.

Today, the Place Des Festivals announced it will be hosting a giant three-day Halloween festival.

This Halloween bash has a theme that is loosely based on Montreal’s spooky history. Apparently, for centuries, an evil creature has been lurking in the depths of the St. Lawerence River that was stirred from its slumber. It has haunted the city ever since and will come to terrorize Montreal during the week of Halloween.

“The Society for Montréal’s 375th Anniversary is extremely excited about Montréal’s great Halloween celebration! This has already been a very festive year, but it’s also an opportunity to test innovative new concepts. Montréal is one of North America’s oldest cities, and rich in all kinds of haunted tales. With the Trouble-Fête, we would like to explore this unknown terrain and position the city as an ideal Halloween getaway,” said Alain Gignac, General Manager of the Society for the Celebration of Montreal’s 375th anniversary, in a release.

The event will include three thrilling experiences:

Rise of the Dead

On Friday, October 27, from 6:30 to 11 pm, more than 40 skeletons, demons and diabolical creatures bearing fire will be there when the Trouble-Fête starts to stir. And once it is fully awake, Montrealers have no choice but to celebrate, for better or for worse!

On Saturday, October 28 from 1 to 11 pm bring out all your fake blood for the biggest zombie walk in Canada. Over 10,000 zombies awakened by the Trouble-Fête will swarm the streets of Montréal! Be sure to stay for zombie-themed fun throughout the evening.

On Sunday, October 29 from 12:30 to 5 pm bring the whole family down as the Place des Arts will be transformed into a wizards’ village for the Order of Little Wizards of Montréal.

This is going to be three-days of amazing Halloween fun you do not want to miss. Bring your best costumes and get ready for the ultimate spooky festival.