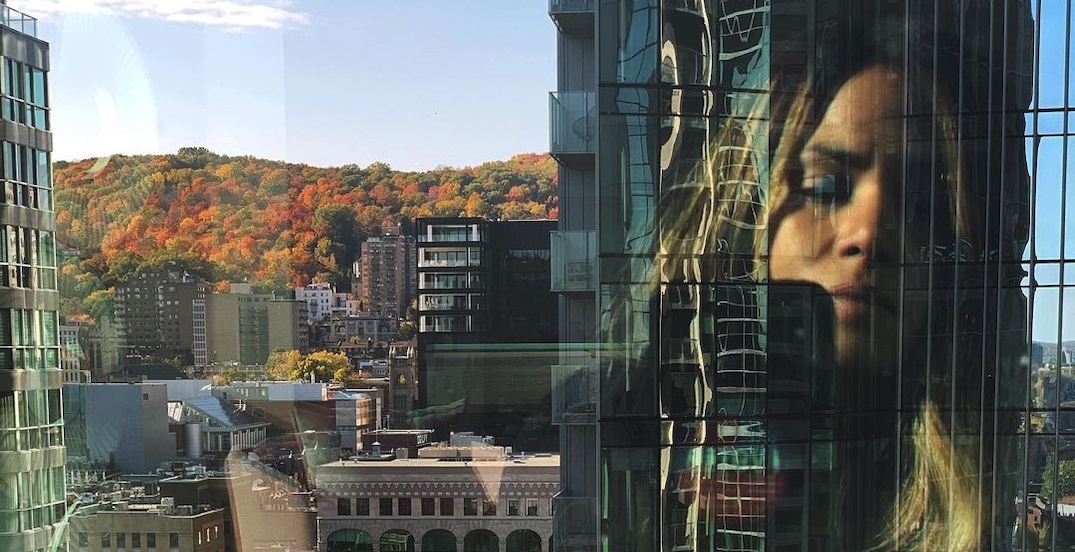 Hearing that Halle Berry is quarantining in Montreal might seem straight out of a sci-fi movie but in 2020, it’s very much real.

The actress shared an artsy photo on her Instagram page on Wednesday, overlooking downtown Montreal with her reflection appearing on the window.

Berry didn’t share where she’s staying but she has a gorgeous view of a fall-tinted downtown and Mont Royal’s red, green, and orange hues.

In the comments, Berry responded to a fan questioning if she’s in town for work and if she’s undergoing Canada’s mandatory 14-day isolation. She said she “had a negative test,” is in quarantine, and she’s “tryna live her best life while doing so.”

According to IMBD, Berry is in Montreal shooting Roland Emmerich new flick, Moonfall, an action-fantasy that follows a space crew to the moon after it’s struck by an asteroid and is sent on a collision course with Earth.

The film (which sounds completely possible considering how 2020 has gone), also stars Stanley Tucci and Patrick Wilson and is also filming in Los Angeles.