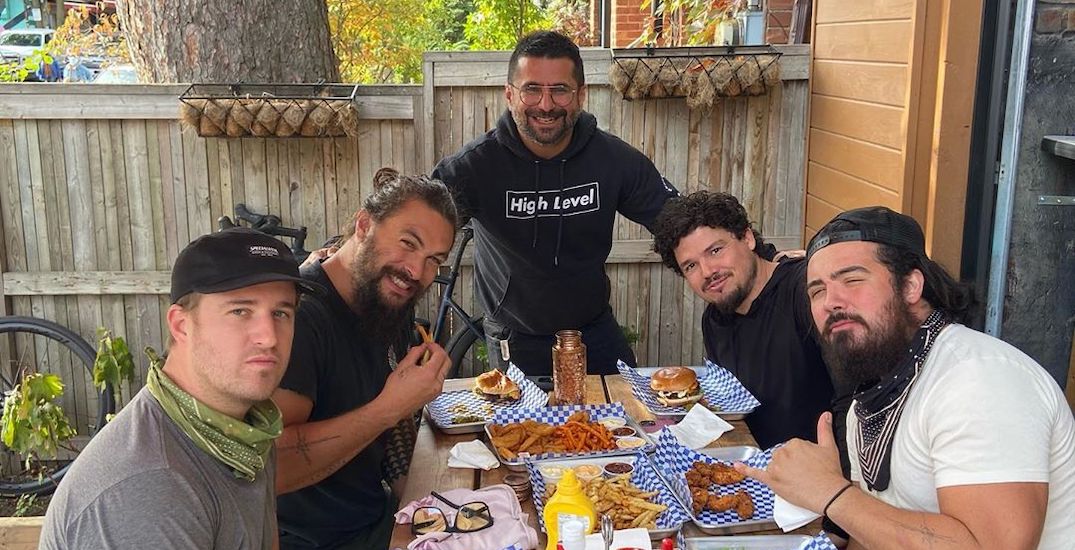 The city is just full of surprises. Jason Momoa has been spotted at a Toronto burger spot enjoying a hearty meal on their patio.

The Aquaman star was pictured at Ozzy’s Burgers in Kensington Market, 66 Nassau Street, on October 14, getting his hands on one of the “High Level Burgers” served at the joint.

Taking a break from production, Momoa was captured on video at Ozzy’s, preparing himself to take a massive bite out of his meal.

When asked how he’s feeling about Ozzy’s Burgers Momoa responds, “We’re about to find out buddy.”

Safe to say he loved it.

This isn’t the first time the Game of Throne’s frontman has been spotted roaming around Toronto.

Pre-pandemic Momoa was seen at Ramen Isshin on College Street, posing with staff for a picture back in February.

He was also spotted walking around in Parkdale.

As for why Momoa might be in the city, according to the City of Toronto, Apple TV+ series See is currently filming season two in Toronto, which he happens to star in.