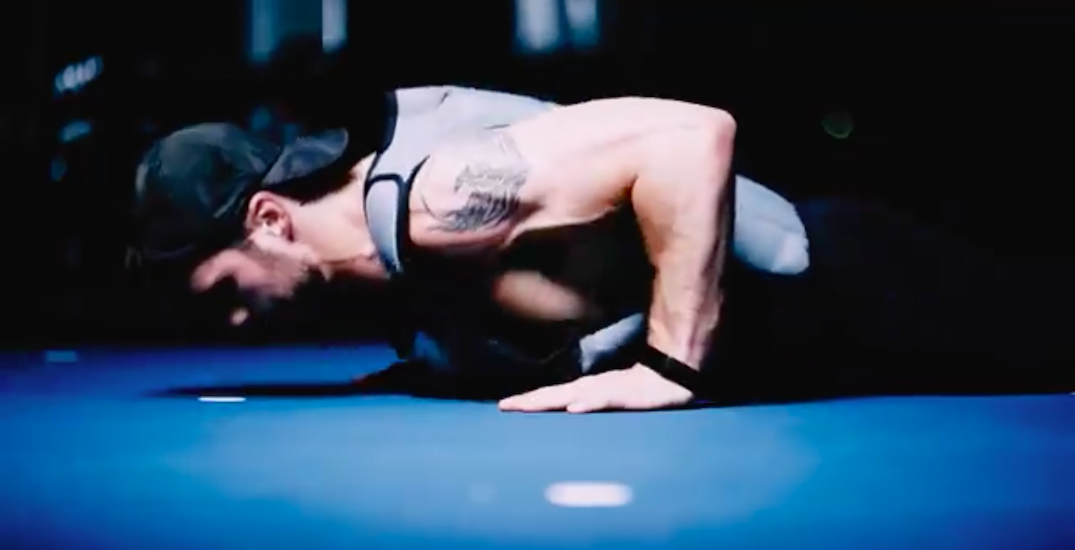 A Montreal man is attempting to do more burpees in 12 hours than most people have done in a lifetime.

Tomorrow, Samuel Finn will attempt to beat the Guinness World Record challenge of burpees by doing 5,300 in the allocated time.

Finn is challenging the record in honour of his brother, Cedric, who died at the age of 27 from a rare form of soft tissue sarcoma.

As of this writing, Finn has raised over $41,000 in donations, all of which will be go towards the Cedars Cancer Foundation Cédric Finn Fund.

“My big brother Ced lost his life to a Sarcoma cancer at only 27 years old,” reads the burees4ced website. “I challenged myself to beat the Guinness World Record for the most chest-to-ground burpees in 12 hours to honour his courage and to raise funds for the Cedars Cancer Foundation – Cédric Finn Fund.”

According to the website, the current world record is 5,010, a record set this past October in Michigan. Tomorrow, Finn plans to out-burpee the record by doing almost 300 more.

Burpees are an impressive form of exercise that consists of a plank, a push-up, and a squat jump, all performed repetitively. It’s not usually supposed to be executed for 12 hours straight but Finn has more than strength behind him.

Finn will have a trainer on site, cameras, and Guinness World Record approved judges. The burpee world record-hopeful will be allowed to take breaks during the attempt and invites the public to come cheer him on at the Centre XPN in St-Hubert.

For more information, visit Sam Finn’s website and donations can be made to his GoFundMe page.