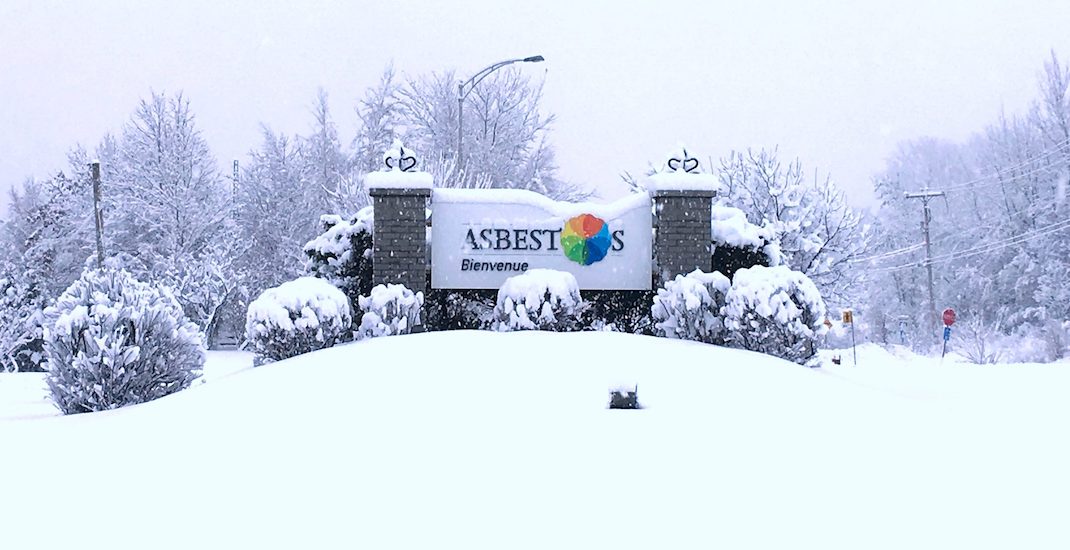 There’s something in the air in Asbestos and it’s time for a name change.

The Quebec town, roughly 180 km from Montreal, said in a news release that its municipal council has agreed to change its name because the name “does not come with good connotations.”

Asbestos, a community part of The Eastern Townships, has almost 7,000 citizens and is home to the Jeffrey Mine, once one of the world’s largest asbestos mines.

The citizens of Asbestos and its councillors, are aware that the history of the name and its heritage are important to the community, aspects that will be taken into consideration with the new name, according to the city.

Asbestonians will be invited to contribute ideas for a new name that will be announced in 2020.

“Our citizens are the ambassadors of our municipality and it’s obvious that the public would be involved in the process of choosing a new name,” said Asbestos Mayor Hugues Grimard in the French release.

Citizens will be able to provide suggestions through the town’s website and Facebook page. The name-change should cost the town roughly $100,000 and is slated to begin in January.

Here’s hoping the internet doesn’t take over and name the community “The Town of Deadyrock.”