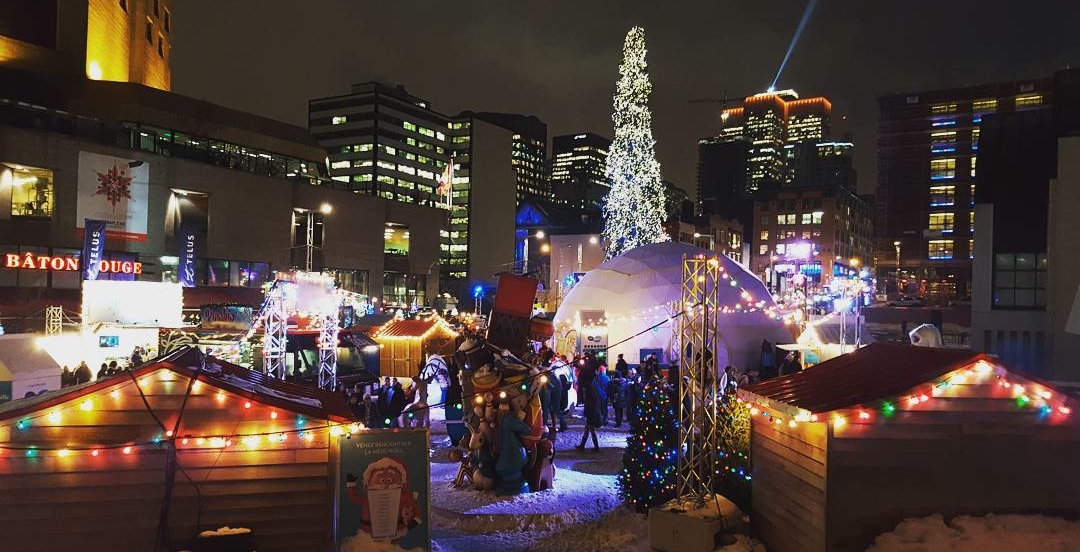 Slated for its fourth edition, the German-style Christmas market that would have featured food trucks, Santa’s Cabin, Elves’ Workshop, and Santa’s Sleigh, will have to wait another year to spread the holiday spirit.

“After three extraordinary years of operations, it is with the big heart that we announce you [sic] that we will have to take a break this year,” reads the press release on the Le Grand Marché de Noël’s website. “Partnership and sponsorship issues related to the work on St-Denis Street force us to make such a decision. The time that the Latin Quartier will end up being a beauty and we will back in 2019 for a Christmas market even more wonderful. Thank you for your understanding, your involvement and your support.”

The Grand Marché was originally slated to open on November 30 and run until December 23 at the Latin Quartier on St-Denis. The popular street however, is undergoing major construction which started in the spring of 2018, according to the Ville de Montreal.

Sewer works, water pipes, and traffic lights are being built, renovated and constructed on St-Denis street, which could have played a major cause in the Christmas village’s cancellation.