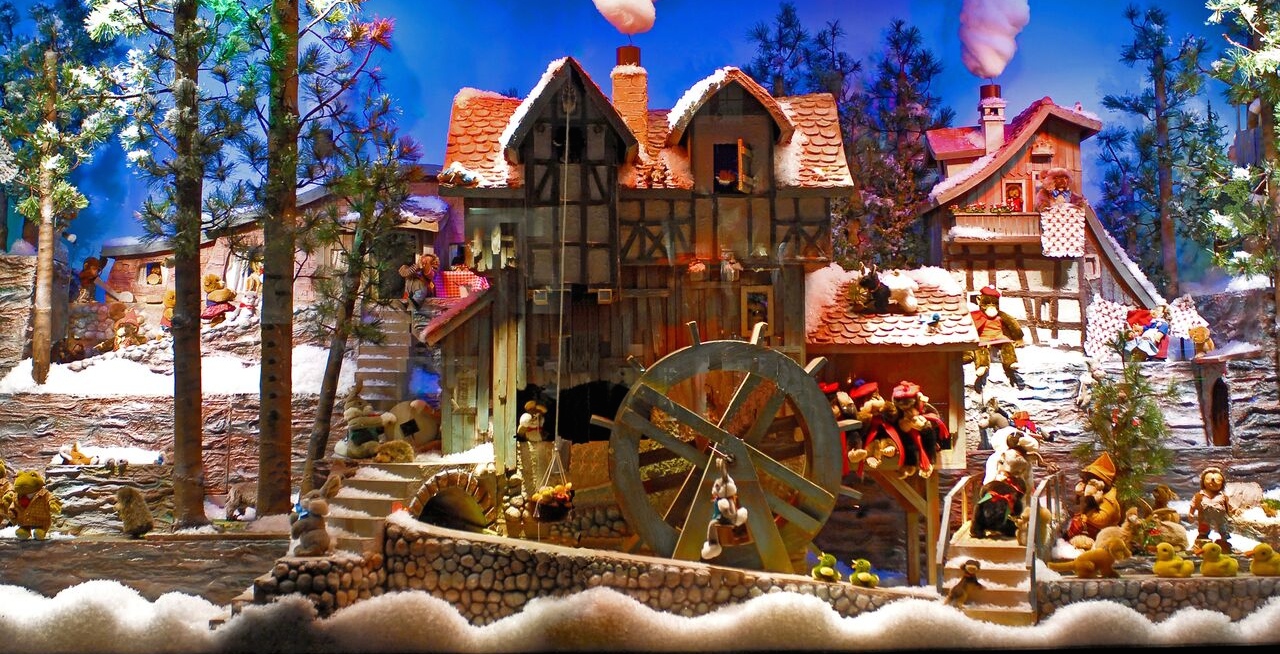 Ogilvy’s Christmas window display, a holiday fixture at the corner of Ste. Catherine and rue de la Montagne since 1947, won’t return to the store’s corner in 2018.

But don’t fear, the iconic display will live on.

The annual scenes of stuffed animals interacting in mechanical settings, which has delighted Montrealers since 1947, has been donated to the McCord Museum where they will be on display until January 6.

The tradition was brought to an end this year, when The Selfridges Group, which includes Holt Renfrew & Co Ltd. and Ogilvy, donated its two displays, The Mill in the Forest and the Enchanted Village, to the museum.

Ogilvy’s and Holt Renfrew are merging operations and the building is being expanded and renovated and will eventually house a newly-rebranded Holt Renfrew Ogilvy store in 2020.

The Mill in the Forest can be seen outside, 24 hours a day, at the corner of Sherbrooke and rue Victoria and the Enchanted Village is in a room on the McCord’s second floor.

“It’s with great pride that we offer this donation to the McCord Museum, which will now
serve as a permanent home for these holiday windows,” stated Normand Ciarlo, Divisional
Vice-President and General Manager at Holt Renfrew Ogilvy, Montreal. “McCord Museum
was a natural choice of partner for us, as their mission is aligned with our goal of preserving
and paying tribute to Montreal’s unique history. Thanks to its conscientious restoration
team, the McCord Museum will be able to revamp, restore and give these antique pieces
a second life for the pleasure of all Montrealers and visitors to the city.”

Ogilvy’s ownerships says doing away with the famous Christmas window was an issue of space and that the old machinery and set up needed a repair. The store donated $50,000 to the museum’s foundation to cover maintenance costs.

To ensure the continuation of the Christmas window holiday tradition, the McCord Museum has launched an “Adopt An Animal” campaign in which participants can symbolically adopt one of the display’s 141 stuffed animals (for five years) through donations ranging from $50 to $500.

Christmas carolers will sing every Saturday at 11 am through December 15.