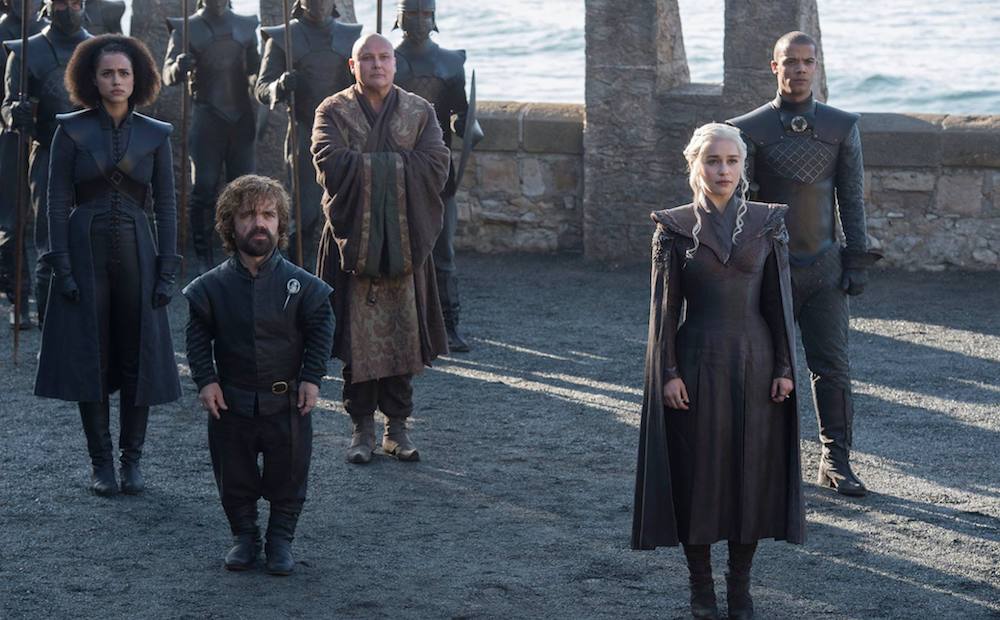 Game of Thrones (Photo: Macall B. Polay/HBO via Facebook)

Winter was coming, and for once, Canadians embraced it.

After a painful, nearly 13-month wait, Game of Thrones’ season 7 premiered on HBO earlier this month, and apparently we love it up here north of the wall.

The July 16 episode was a record-breaking one for HBO Canada, which recorded over 1.8 million viewers that night, a 4% increase over the season 6 premiere which held the previous record.

It is now the “most-watched episode in HBO Canada, Canadian entertainment specialty, and Canadian Pay TV history.” The show is also well-known for being the most pirated in history, and season 7 is no exception with some 90 million illegal downloads of the premiere suspected.

Basically, a lot of people paid to see **possible spoiler alert** Arya begin her ruthless revenge, and the epic teamwork of Jon Snow and Sansa Stark.

New episodes of Game of Thrones premiere on Sundays at 9 pm on HBO Canada, with episode 3 up next on July 30. This Sunday night’s gem, titled The Queen’s Justice, will surround “Daenerys holding court, while Cersei returns a gift, and Jaime learns from his mistakes.”

But what about Sam?!