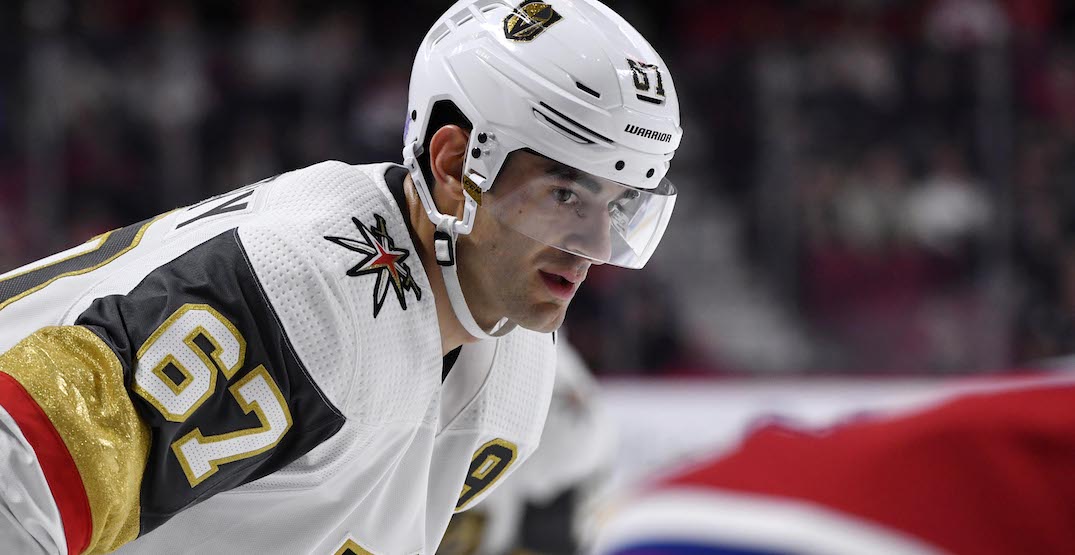 They were teammates for six years in Montreal, and Brendan Gallagher and Max Pacioretty are still friends.

But if Pacioretty’s new team, the Vegas Golden Knights, advances to the next round?

Well, it’ll be friendship off.

The Golden Knights lead their series against the Colorado Avalanche 3-2, and can book their spot into the final four with a win tomorrow night. If they do that, they’ll meet the Montreal Canadiens in the next round.

Asked about that possibility, Habs forward Brendan Gallagher didn’t have much time for feel-good storylines.

He explained that he’d put his friendship aside.

“I’ve obviously been happy for Max to go off and have the success that he has had in Vegas. I don’t think there’s any surprise there,” said Gallagher. “But at the same time when you play a guy in a playoff series, you’re not really thinking about any relationships you have with him other than he’s the guy standing in your way of getting to the ultimate prize, and I think he’ll probably tell you the exact same thing.”

Don’t expect them to go for dinner together between games.

“You put all those other emotions aside, and you’re competing against every one of the guys on the other side if it is them. They’re just standing in your way. At the end of the series, you can go back to, obviously, being friends. But for the time being, you put all that stuff aside, and you just play against everyone on the other side wearing the other jersey. You compete against them as hard as you would anyone else.”

Pacioretty has played his former team just three times since being dealt to Vegas in 2018. The trade has worked out pretty well for both teams, as Pacioretty has scored 79 goals in 185 games with the Golden Knights over the past three seasons. The 32-year-old has six points in six playoff games this spring.

The Habs wouldn’t want a do-over on the deal, though, as they received Nick Suzuki in the trade. Just 21 years old, Suzuki has already shown a ton of promise and has eight points in 11 playoff games.

As for what to expect from the rest of the Golden Knights, or the Avalanche if they come back to win their series, Gallagher isn’t exactly sure yet. Montreal hasn’t played a single American team yet this season, and the Habs haven’t shared scouting intel with players yet.

“We spent all year playing in the Canadian division. Our familiarity with these teams that we’ve been playing all year is so much higher than it’s going to be.”