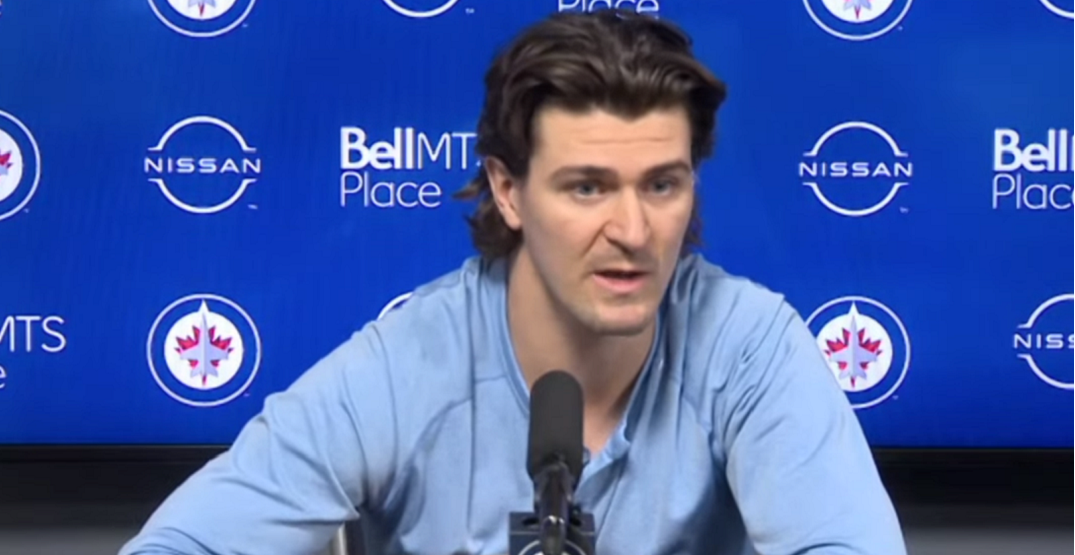 The reason why should be pretty clear: Scheifele was assessed a four-game suspension for a charging penalty on Montreal Canadiens’ Jake Evans at the end of Game 1 last Wednesday for a hit that has since sidelined the Habs’ forward with a concussion.

“I thought I was going to be shut down by Phillip Danault,” Scheifele said Wednesday at an end-of-season media availability. “But the Department of Player Safety shut me down.”

Last week, Scheifele said he “accepted” the punishment for his hit on Evans. During the same press conference, he also called it “excessive.”

Scheifele’s hit came after racing the full length of the ice on a backcheck as Evans had an empty-net opportunity with about a minute left in the third period.

Today, Scheifele said he only felt he had two options: hit Evans, or allow Montreal to score.

He ended up doing both, so that doesn’t quite seem true, either.

“I replayed the thing over and over in my mind, and the only real thing is if I gave up on my teammates,” he said. “I’m not going to continue to cry over it.”

His very next sentence was again a flip-flop, as he criticized the NHL’s choice to suspend him four games once again.

But the NHL wasn’t the only entity that Scheifele came after, calling out members of the media for not having higher expectations for the Jets.

“You guys wrote us off from the beginning,” he said. “The media had us not making the playoffs, being a bottom feeder in the league. You guys get caught contradicting yourselves all the time.”

The Jets ended the regular season on a 92-point pace over the regular season, and finished 14th in the league by total points this season. Surely a player as passionate as Scheifele should have higher aspirations than that.

Sure, you can look at Toronto, Edmonton, Vancouver, Calgary, and Ottawa and point fingers at the various levels of dysfunction in any other Canadian organization right now.

But that doesn’t diminish the fact that Winnipeg didn’t put up much of a fight against a Canadiens team that finished with six fewer wins than them in the regular season.

It’s unclear what exactly Scheifele wanted the media to think about his Jets’ team.

They’ve won three playoff series in the 10 years since Scheifele was drafted, and went precisely .500 in this year’s playoffs, with one regulation win in eight games. They aren’t exactly a model organization themselves.

Scheifele is a heck of a hockey player. He’s put up over a point-per-game mark each of the past five seasons. There are only three other players to do that: Sidney Crosby, Connor McDavid, and Brad Marchand. Scheifele’s numbers should speak for themselves.

Unfortunately, he’s usually got something to say.