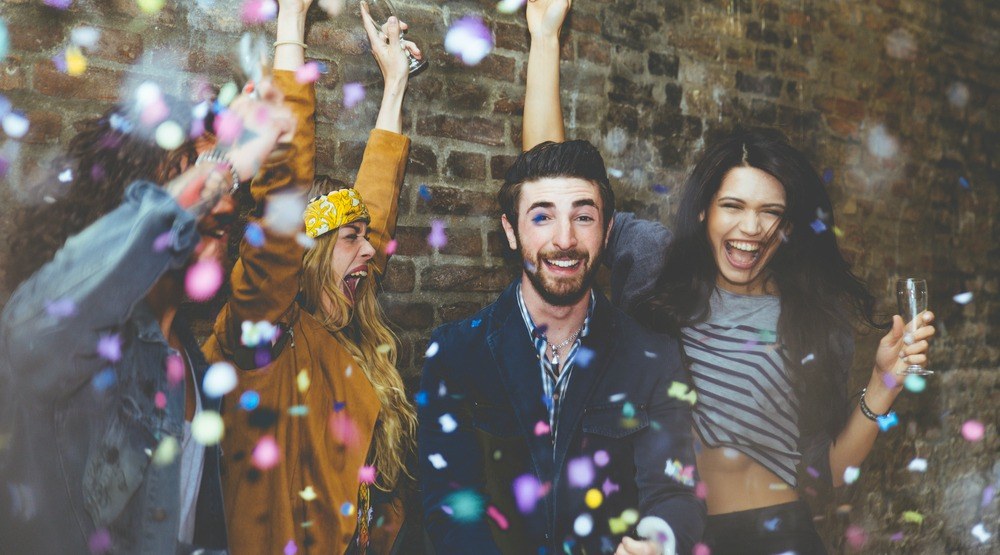 From world-class musicians at the Red Bull Academy to rock n roll marathons, here is everything you need for your weekend social calendar.

Beau’s Oktoberfest is back to bring you another year of good old-fashioned Bavarian fun. Happening from Friday, September 23rd until Saturday, September 24th, Beau’s Oktoberfest is not only an excuse to drink some delicious lager, but also to party hard. Essentially a music festival and beer extravaganza rolled into one, Beau’s Oktoberfest provides a campground for festivalgoers, live music all night long, nine carefully selected and totally original Beau’s brews, and plenty of hearty German treats.
When: September 23 and 24
Where: Vankleek Hill Fairground, 92 Main Street West, Vankleek Hill, Ontario

The music program lands in Canada for the second time since 1998 and it will feature Björk, Iggy Pop, Fucked Up & Tanya Tagaq, Chilly Gonzales, Tiga, and The Black Madonna, among many others. With the line up of musicians from all genres, and the extensive workshops, lectures, and gigs, the Red Bull Music Academy provides a unique learning environment for up-and-coming artists.
When: September 24 until October 28
Where: Various locations

Join us in celebration of these beautiful dogs! Over 40 artists will come together to celebrate the diversity and individuality of the pit bull while providing a forum in which to educate and dispel the myths and hysteria that so often surrounds them. 50% of all art profits and 100% of all food* and drink profits will go directly to Sit With Me Shelter Dog Rescue
When: September 24, 5 pm to 11 pm
Where: Galerie MainLine Gallery, 3905 St-Laurent, Montreal, Quebec H2W 1X9

Aida at the Montreal Opera

The tragic story of forbidden love. The Triumphal March immortalized this large-scale drama that takes us to the heart of ancient Egypt. Aida, a young Ethiopian enslaved by Amneris, falls in love with Radames, captain of the Egyptian guard, with whom Amneris is jealously enamoured. Spicy right?
When: Until September 24
Where: Salle Wilfrid-Pelletier

Are you a fan of books, poetry, art, music, and film? Then Montreal’s International Literature Festival is for you. This year’s event will feature several unique exhibits, including “100 Years with Anne Hebert,” “Jack Kerouac: Life Is Tribute,” “Haiti Is A Party,” and “The Swallowed of Swallowed.” Additional events including live musical performances, poetry readings, book readings, and art expos.
When: September 23 to October 2
Where: Quartier des Spectacles

Back for its 15th year, the POP Montreal International Music Festival is happening from September 21st until September 26th. According to the website, the festival’s goal is to deliver “a bold cross-section of art forms and events,” and in that vein, the festival includes concerts, symposium discussions, visual art exhibitions, fashion shows, ﬁlm screenings, and some raging parties.
When: September 21 to September 26
Where: Various locations, click here for a full schedule of events and venues

There’s no denying the Montreal is unbelievable gorgeous in the fall. Mont Royal becomes a sea of yellow, orange, and red, the temperature is perfect for jeans and a sweater, and cafes start serving pumpkin-infused drinks. If you’re still a little sad that summer is over, why not pump yourself up by venturing outdoors and taking a few fall-tastic Instagram photos. Go for a walk up Mont Royal or just head to your local Starbucks and enjoy a pumpkin spiced latte. You’ll quickly realize that fall in Montreal is pretty damn awesome.
When: Anytime
Where: Anywhere

The Rock ‘n’ Roll Marathon is back for its 18th year in a row. Taking place on Jacques-Cartier Bridge and Parc Laurier, the Rock ‘n’ Roll Marathon gives you an option of running a full marathon, half marathon, 10km, 5km, or 1km. Better known as the Montreal Marathon, this is one of Montreal’s most popular running events throughout the year. What makes it special? As you go through the course, there will be live bands playing music along the route.
When: September 25
Where: Jacques Cartier Bridge

In celebration of the Montreal metro’s 50th anniversary, Heritage Montreal’s ArchitecTours is offering a two-hour tour of various metro stations across the city. The tours began on August 27th at the Pie-IX and Viau stations and will finish on September 25th. The tours are meant to emphasize Montreal’s history. According to tour guide Bianca-Desiree Arciero, each tour tries “to emphasize the fact that the Metro stations are representative of the time in which they were built.” Nancy Dunton, head of Montreal’s public activities committee, added, “a Metro station’s size, lighting, materiality, colour and public art are all inextricably linked with Montreal’s history.”
When: August 27 to September 25
Where: Various locations

The 11th edition of Montreal’s World Press Photo will showcase the photography from the winners of the most prestigious professional competition in the world.
When: August 31 to October 2
Where: Bonsecous Market, 325 de la Commune Street East