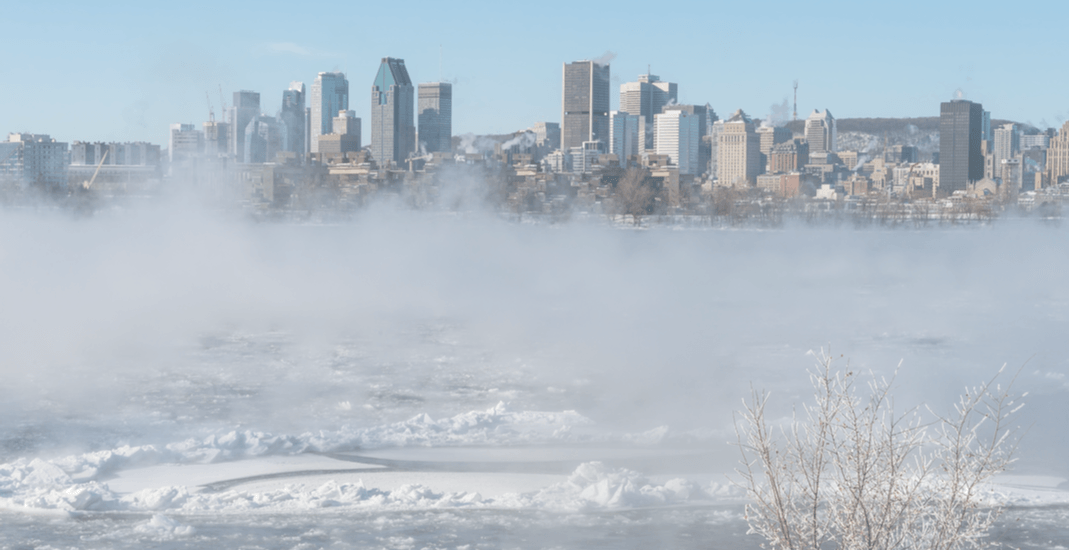 Two alerts are in effect for the Montreal area, according to Environment Canada.

A special weather statement was issued this morning at 7:40 am calling for “a mix bag of precipitation” for the weekend in Montreal.

Precipitation will start generally as snow, especially in areas north of the St Lawrence River, before changing to rain, according to the weather alert. An area of freezing rain could also impact a portion of Southern Quebec.

The weather will then move northeastward on Sunday, resulting in a mix of rain and snow over the Eastern part of the province. Precipitation could be “significant” over the Gaspé Peninsula and the Lower North Shore overnight Sunday. 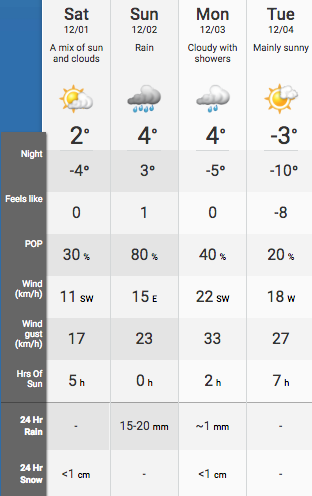 Be prepared for changing driving conditions that are deteriorating rapidly.

The same areas are also under smog warning, which was issued at 11:30 am.

“High concentrations of fine particulates are expected and will result in poor air quality,” reads the statement.

The pollutants will affect Southern Quebec beginning this evening and “should persist into Saturday morning.”

Smog affects asthmatic children and people with respiratory ailments or heart disease and is recommended that these individuals avoid intense physical activity outdoors until the smog warning is lifted.

Montreal residents are also urged to stop using wood-burning stoves or fireplaces until the warning has subsided.

The website asks citizens to continue to monitor alerts and forecasts issued by Environment Canada.