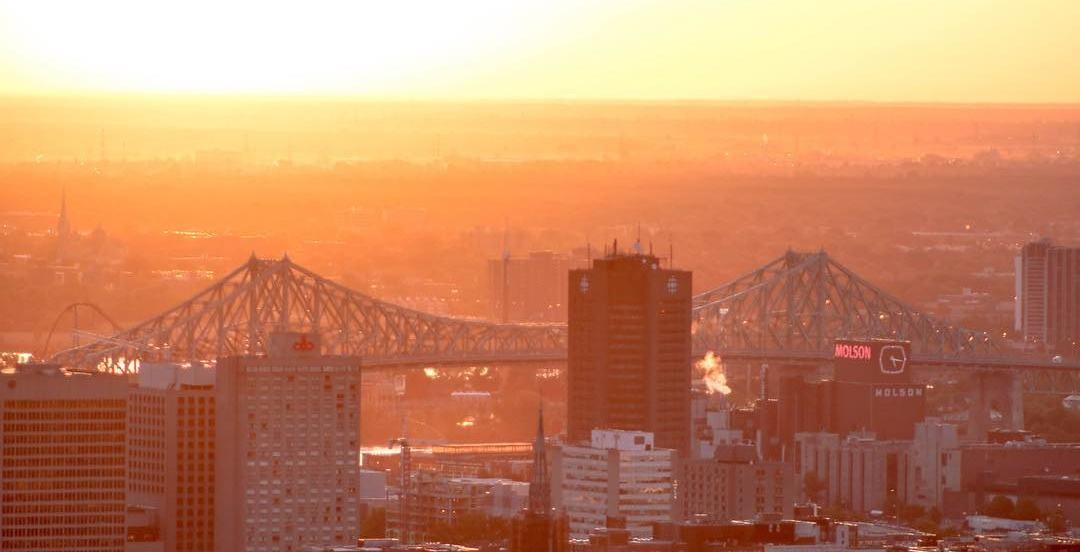 In what’s beginning to feel like a weekly occurrence this summer, Environment Canada has issued another heat wave warning for the Montreal area.

“A warm and humid air mass from the United States will track into Southern Quebec today.” Says Environment Canada in a heat warning alert, released on Monday.

High temperatures combined with humidity will cause the Greater Montreal area to feel like 40°C today and tomorrow afternoon.

The extreme heat is expected to hit Châteauguay, Laval, Longueuil and the island of Montreal. 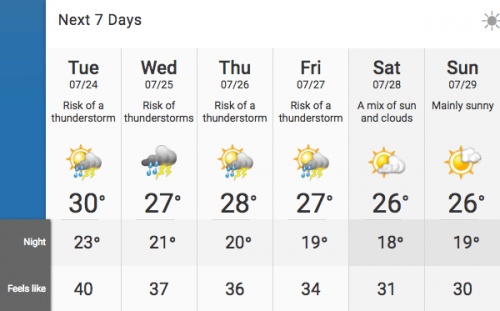 Consistent rainfall and dangerous temperatures will persist throughout the week. The dry air in Quebec will bring some much needed rain but we still won’t escape the July-long uncomfortable and muggy heat.

In keeping safe, citizens are recommended to drink plenty of water, wear breathable clothing, hats and sunscreen and people are urged to check-in on vulnerable neighbours, friends and family members.