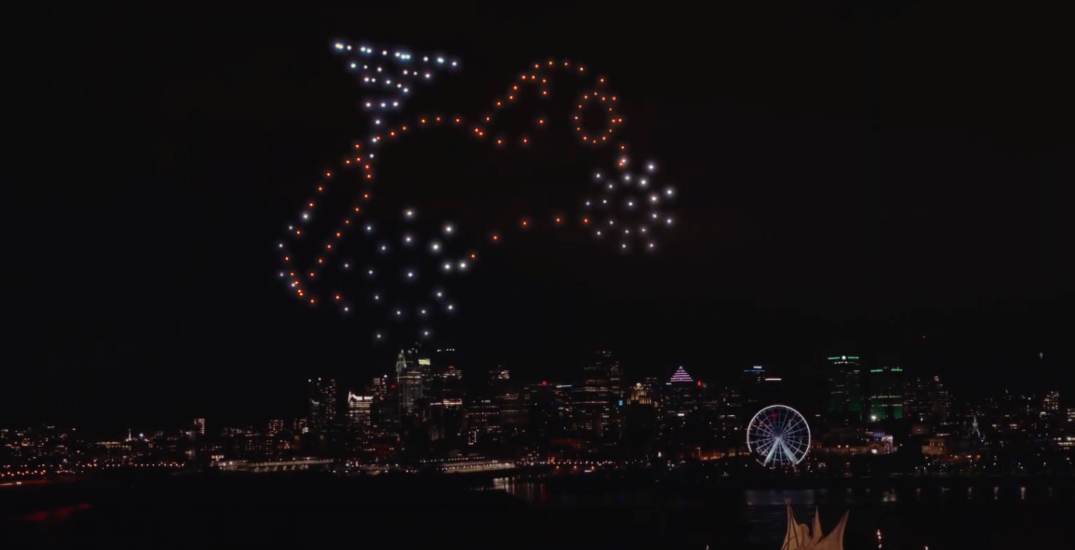 A fleet of glowing drones will be featured at the opening of the 36th edition of L’International des Feux Loto-Québec. North Star Drone Show, the company behind the spectacle, will have 150 luminous drones displaying a series of shapes in the sky at La Ronde this weekend.

The 10-minute display will be presented prior to a pyromusical show called Je me souviens. As you may have guessed, the show’s theme will coincide with Saint-Jean-Baptiste. The drones will be set to the music of Quebec artists from different eras such as Jean-Pierre Ferland, Leonard Cohen, Coeur de Pirate, and Marie-Mai.

According to event organizers, the colourful choreography of the drones will tell the story of the French Canadian people’s pride and perseverance.

The following clip shows just how accurate these devices are at positioning themselves in order to create elaborate shapes and symbols like hands, hearts, and maple leaves.

While the light festival kicks off on Saint-Jean weekend, more choreographed 30-minute displays accompanied by music will take place every Saturday evening until August 6 at the same site.

While event organizers recommend watching the show directly from the Six Flags park, the pyrotechnics will also be viewable from the Old Port area. According to La Ronde, “all fireworks tickets give you access to La Ronde on the same day. This means you can enjoy the attractions all day and the fireworks at night for the price of one ticket.”