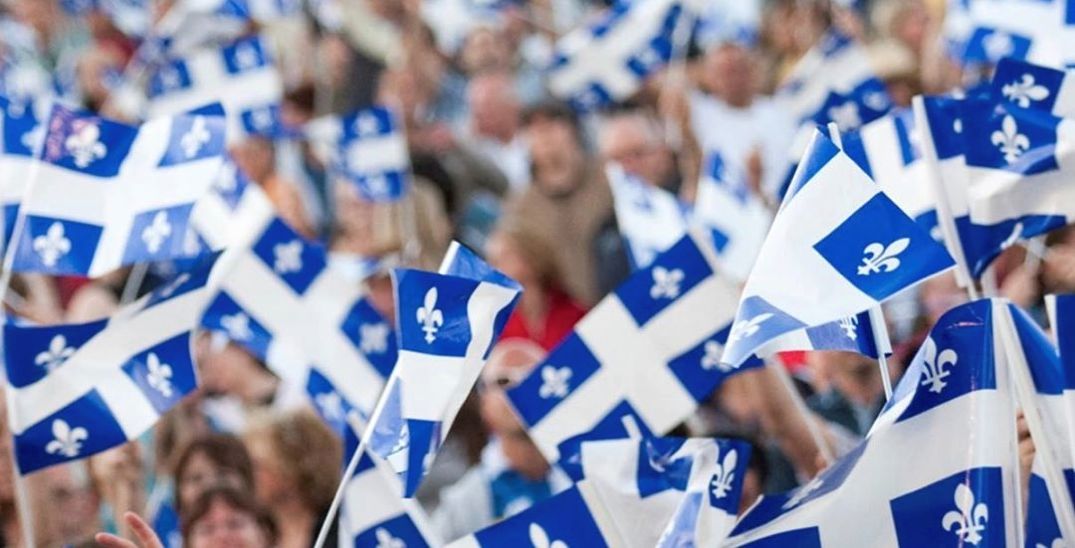 Most Canadians have probably heard of Quebec’s statutory national holiday, formerly known as Saint-Jean-Baptiste Day (or La Saint-Jean) but few know its origin story. While fireworks and festivals usually coincide with the holiday to kick off the beginning of summer, there’s a lot of history behind la fête nationale.

The inception of Saint-Jean-Baptiste Day, which is celebrated every year on June 24, actually comes from an ancient pagan tradition honouring the summer solstice. The longest day of the year was also the mark of the beginning of farming season.

Centuries later, the Catholic Church adapted the day to celebrate the birth of Saint John the Baptist. As the feast day grew, it expanded throughout Western Europe and France in particular.

According to Montreal’s Pointe-à-Callière Museum, “this tradition grew deep roots in metropolitan France before finding its way to New France, where colonial archives refer to spectacular nighttime bonfires around which local libations flowed.”

The holiday was once again subject to change, though, during the British Regime in 19th century New France (Quebec), where it would take on political implications. On June 24 in 1834, journalist Ludger Duvernay — who would later become the first president of the Saint-Jean-Baptiste Society — organized a meeting of roughly sixty men that included the likes of George-Étienne Cartier and Montreal Mayor Jacques Viger.

After a passionate patriotic discussion, they decided that the day would henceforth be known as one of French Canadian pride and resistance to oppression. As a result, John the Baptist would become a symbol of the Quebecois people.

It became a way to bring French Canadians together and ignite their political and national passions, just as the English had done with St. George, the Scots did with St. Andrew, and the Irish did with St. Patrick.

According to Pointe-à-Callière, “traditionally begun with a Solemn Mass, Saint-Jean-Baptiste Day became filled with copious banquets and lively, fiery speeches punctuated by hymns (O Canada, My Country, My Love), poems (The Carillon Flag), and even homegrown songs.” Eventually, the holiday sparked larger parades that followed a route in a sea of banners, flags, triumphal arches, and symbols such as the beaver or maple leaf, while garlands and lanterns hung from trees.

While the British Regime came to an end in the 1860s as Canada became a dominion, the French holiday only grew more popular in Quebec with each passing year. In 1908, Pope Pius X officially proclaimed St. John the Baptist as the patron saint of the French-Canadian people.

In 1925, the occasion bearing the saint’s name became an official provincial holiday. It was legally deemed Quebec’s National holiday and renamed “Féte nationale” in 1977 as a way of encouraging those without religious affiliation to take part.

Throughout the 20th and 21st centuries, the meaning behind la Saint-Jean has continued to evolve. From acting as an important date in furthering the Quebec sovereignty movement to maintaining its religious roots to just acting as a day for people to let loose in the sunshine and wave a fleur-de-lis flag, La Saint-Jean is all of those things, often all at once.