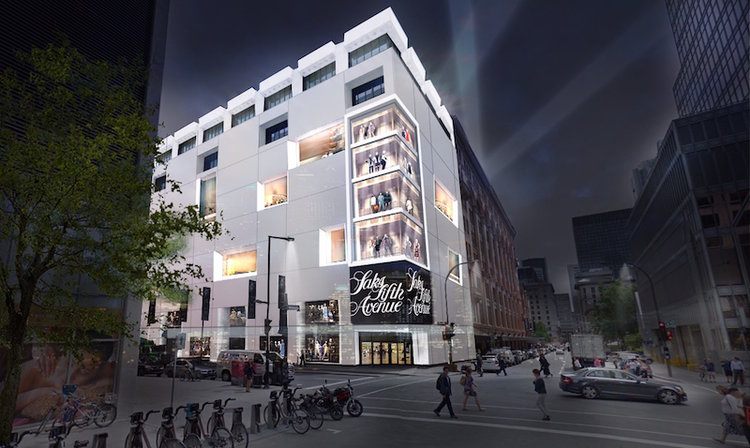 According to a report by TVA Nouvelles, the project is being put “on ice.”

TVA Nouvelles said that a main reason for the delay could be the current construction on Sainte-Catherine street.

The ongoing work will landlock the store for the next three years, impacting foot traffic and sales.

TVA also addressed the possibility of the store being put up for sale. However, HBC told the publication it had no plans for a sale of its downtown Montreal location.

In 2016, HBC announced the plans to build Canada’s largest Saks Fifth Avenue store alongside a renovation of the Hudson’s Bay building at 585 Sainte Catherine Street West.

The Saks store was supposed to be 2200,000 square feet and include a food hall, a signature women’s designer shoe salon, and a full-service Fifth Avenue Club, complete with private suites and personal shopping consultants.

According to HBC, The Bay renovation would “reconfigure its store layout, redefine departments and enhance the overall shopping environment.”

The Saks Fifth Avenue and Hudson’s Bay renovation were supposed to be complete by Fall 2018.