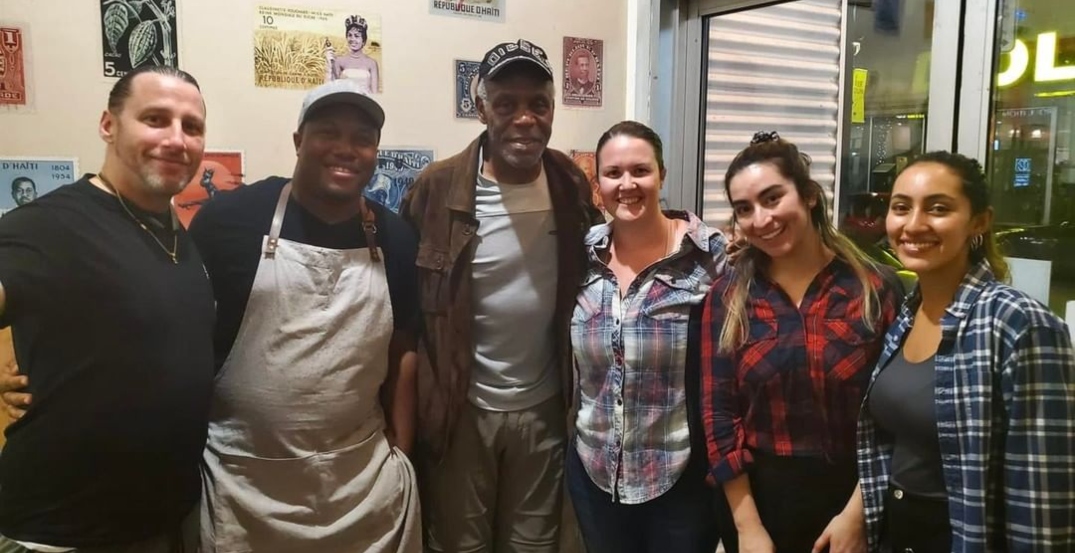 As Danny Glover’s character in the Lethal Weapon franchises, Roger Murtaugh, says, “I’m getting too old for this sh*t.”

One thing Montreal won’t get too old for is hosting celebrities at restaurants.

Over the weekend, the 75-year-old Glover was spotted eating at Haitian restaurant Kwizinn Verdun.

Posing with staff, Kwizinn Verdun says Glover popped in this past Friday for dinner.

It is not known if the Angels in the Outfield star is in Montreal shooting a movie or if he’s simply getting a taste of Montreal’s iconic food scene.

According to the actor’s IMDB page, Glover currently has two projects in pre-production, Dionne, which has scarce film details, and Lethal Weapon 5, which will be directed by co-star Mel Gibson.