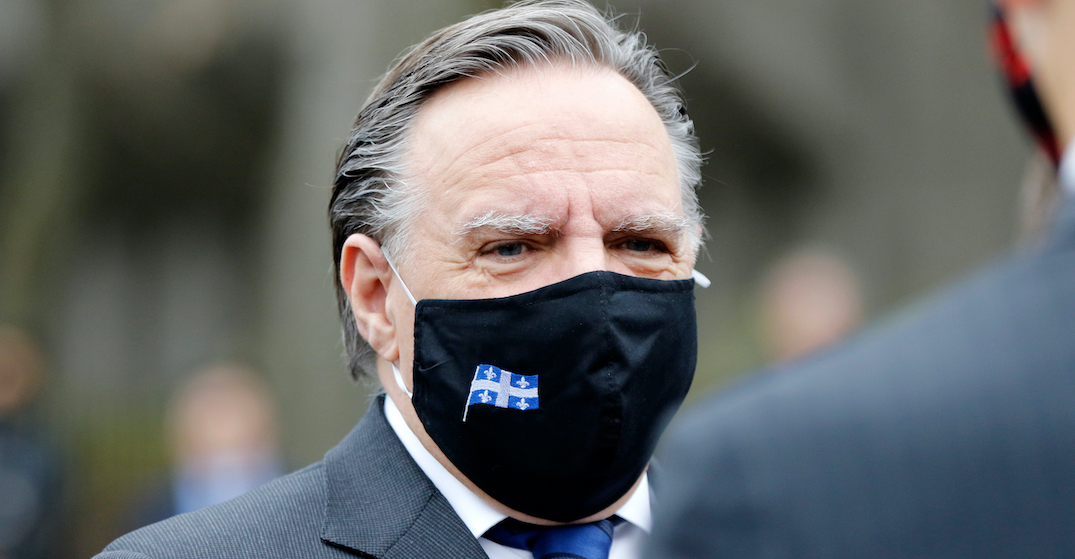 Quebec Premier François Legault says more COVID-19 health restrictions will be announced for the province in the coming days.

During a Wednesday afternoon tweet involving a screenshot of himself, Dr. Horacio Arruda (Quebec’s Director of Public Health), and other public leaders, the premier said the province’s recent uptick of COVID-19 cases is “worrying.”

“Let’s be careful,” Legault tweeted in French. “We will be announcing new measures in the coming days. It’s important to get your two doses of vaccines.”

In July, the Quebec government reduced physical distancing guidelines to one metre, down from the oft-mentioned two-metre guideline that had been in place since March 2020/

Retail stores across the province also no longer need to enforce a maximum customer capacity.

As of August 1, bars and restaurants in Quebec can serve alcohol until 1 am, an hour later than the previous set of COVID-19 protocols.

Legault and public leaders always said new health restrictions could be imposed across the province if the coronavirus situation worsened. On Wednesday, the government announced the province’s second consecutive day of over 175 new cases, following a month of new cases hovering around the 100 daily mark.

Over 11 million COVID-19 vaccines have been administered since December 2020 in Quebec.