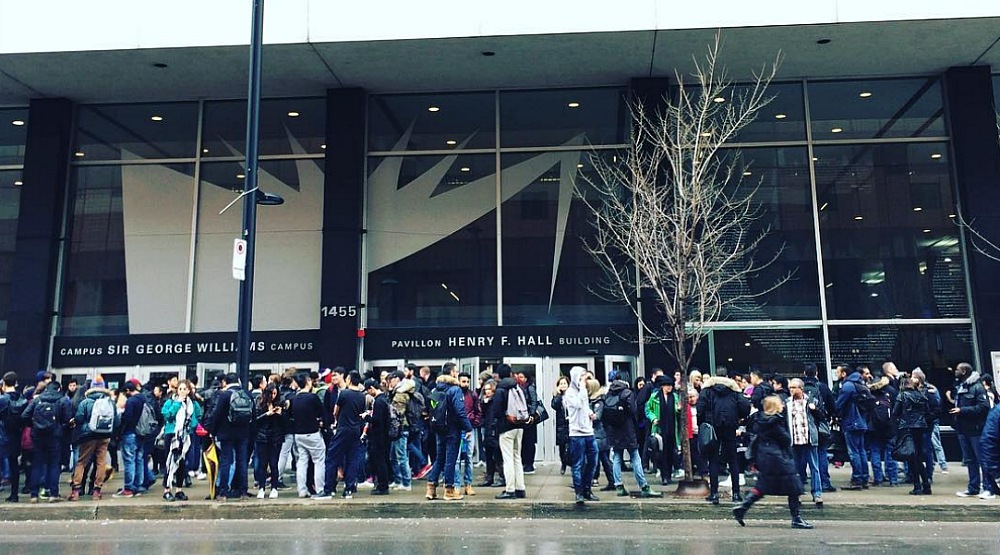 Earlier today, we reported that Concordia University had evacuated three of its downtown buildings owing to a bomb threat sent to the media via a letter.

The letter stated its intentions to set offs bombs targeting the university’s Muslim students, and claimed the bombs would be detonated in the Engineering, Computer Science and Visual Arts Integrated, and Hall buildings.

It was also reported that the letter was sent by an organization calling themselves the Council of Conservative Citizens of Canada (C4).

Now, the contents of the letter have been made public. 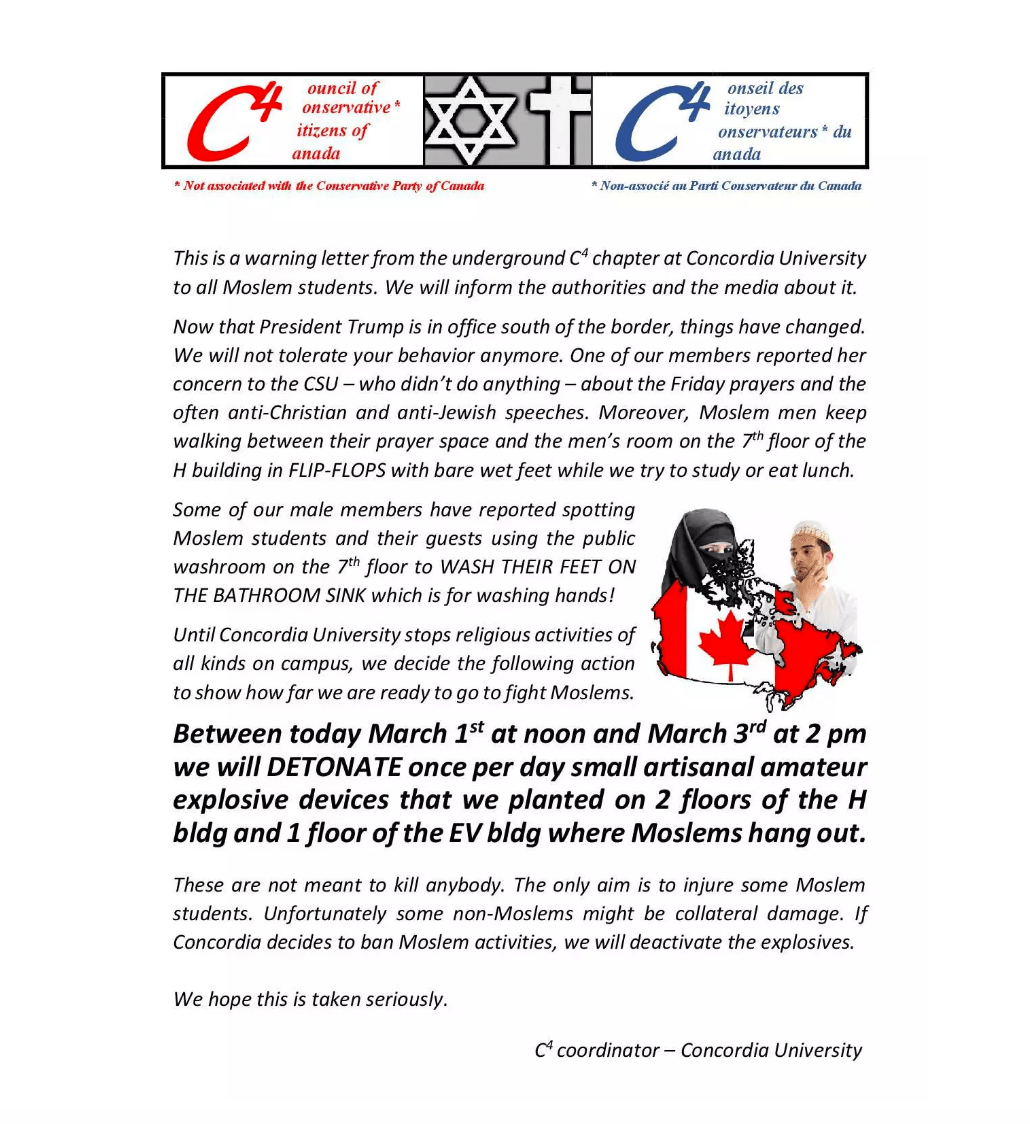 The letter states that things have changed now that Donald Trump is the president of the United States and that the group will not tolerate the behaviour of Concordia’s Muslim students any longer.

The authors of the letter site two grievances against Muslim students at Concordia: “Moslem” men who walk between the prayer space and the men’s restroom on the 7th floor of the H building in flip flops while others are studying and eating lunch, and “Moslem students and their guests” using the 7th floor restroom to wash their feet.

The letter then goes on to state that “small artisanal amateur devices” have been placed in three buildings on Concordia’s downtown campus and they will be detonated if the university does not place an immediate ban on Muslim activities on campus.

Finally, the organization concludes the letter by explaining that their intent is not to kill anybody, but only to injury Muslim students.

This letter is deeply disturbing and we can only hope that no one is harmed as the police continue to investigate this ongoing case.