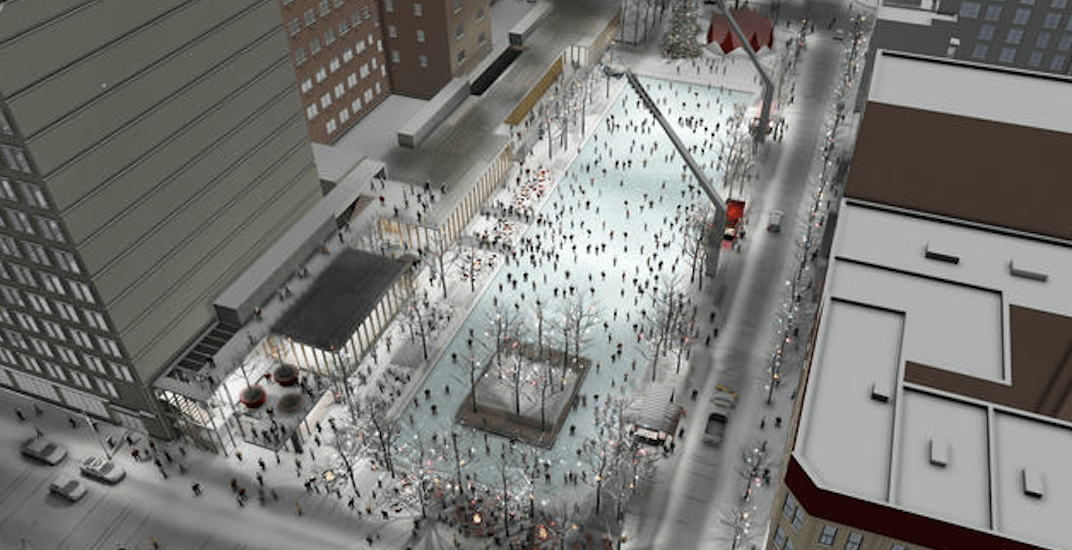 Montreal is getting its very own Rockefeller Center themed ice rink.

Ground broke today on the $67.1 million Clark Esplanade project. The project involves the development of a public square and the construction of a multi-purpose pavilion located between St. Catherine Street and De Maisonneuve Blvd.

The public square will be frozen over in the winter to serve as an outdoor ice rink and will be open for concerts and events during the summer.

From spring to autumn the square will transform into a large furnished urban terrace. 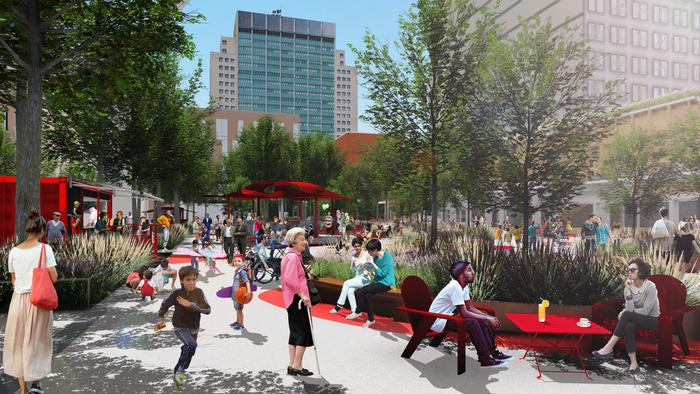 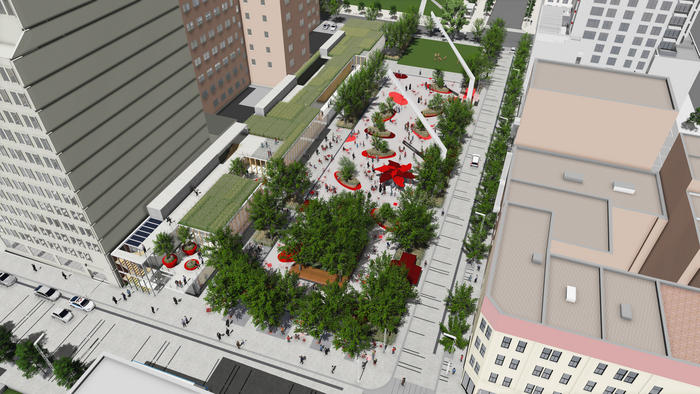 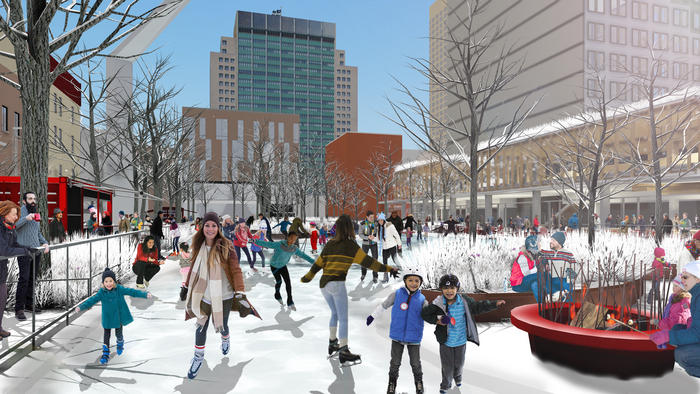 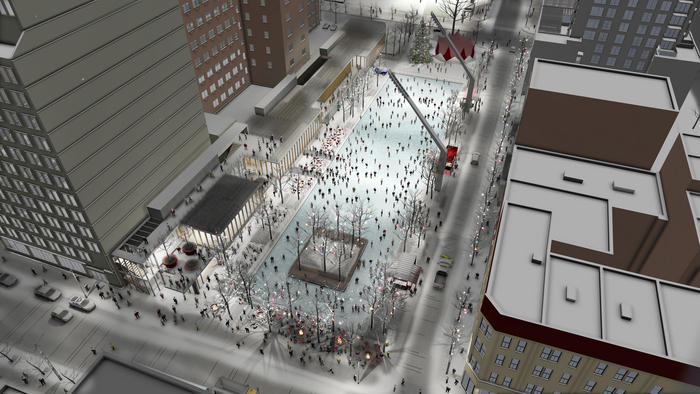 “The Clark Esplanade project will enhance the diverse and diverse cultural offerings of the Quartier des spectacles and will become a must-see event for all ages to relax and enjoy,” said Mayor Denis Coderre in a release.

The public square is expected to be complete by fall 2019.