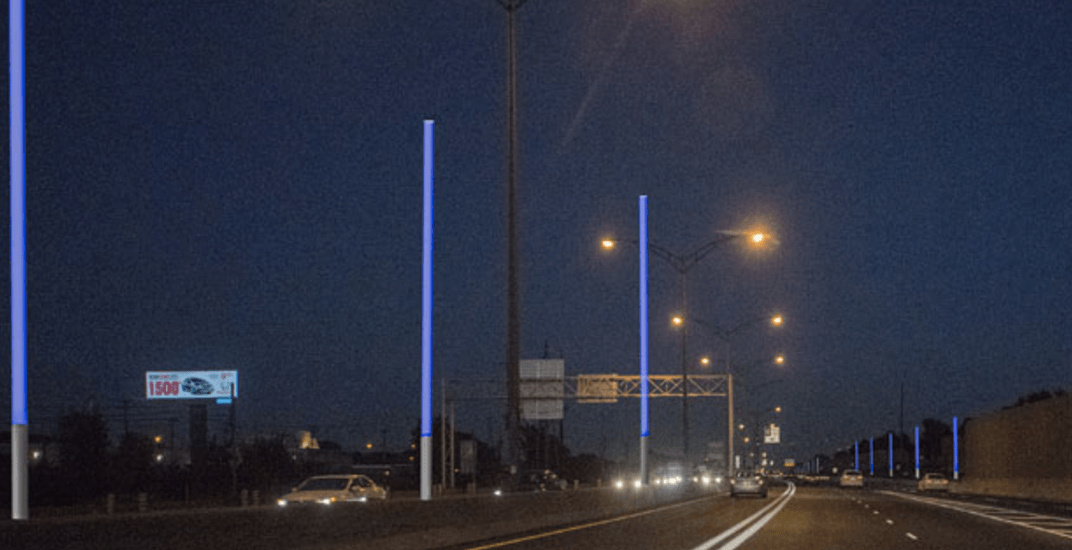 Highway 20 will officially be lit up with blue for the next five years.

Bleu de Bleu is a massive art installation spanning 8 kilometres that has transformed the highway between the Dorval Circle and the 1st Avenue overpass into a path filled with mesmerizing blue LED posts and painted walls. The project was inaugurated on September 8.

The piece is meant to evoke the shores of the St. Lawrence River.

“This art corridor along the highway between Montreal’s Trudeau Airport and downtown is a project that unifies Montrealers and shows our city’s bold, creative spirit to the world, making it visible to visitors as soon as they arrive. It reflects the business community’s strong support for our city as it prepares to celebrate its 375th anniversary,” said Martin Coiteux, Minister of Municipal Affairs and Land Occupancy, in a release.

The art installation, created by artist Alain Paiement,  cost $3.2 million and was funded by the private sector in celebration of Montreal’s 375th anniversary.