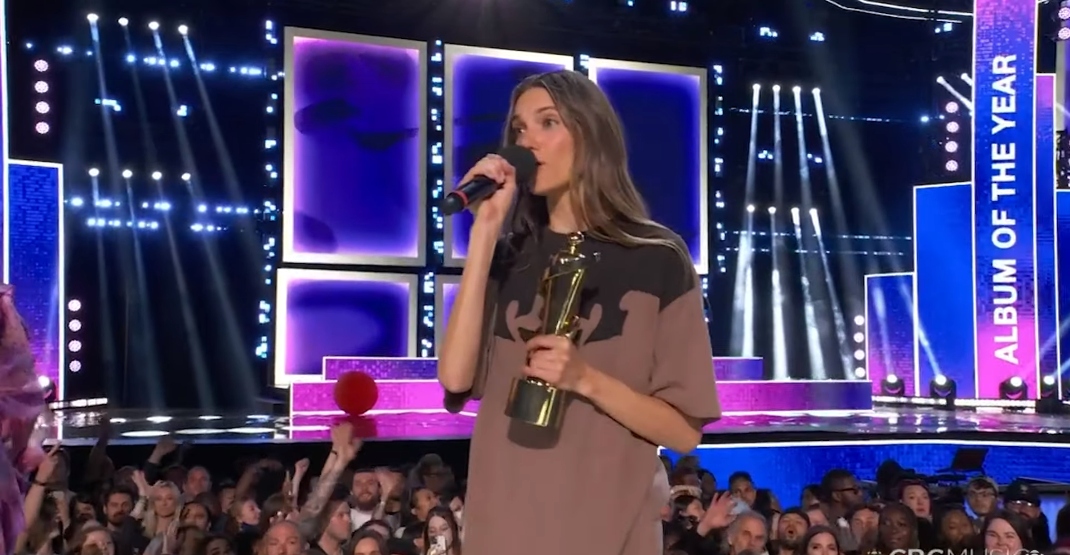 While Shawn Mendes and The Weeknd celebrated wins at the 51st annual JUNO Awards on Sunday, no one took home quite as much hardware as Charlotte Cardin. And if it hasn’t happened already, the Quebec sensation seems to be nearing household name status.

Cardin, 27, made her first JUNO appearance a notable one, winning four out of the six awards she was nominated for, including Album of the Year for her debut LP Phoenix.

When Phoenix was announced the winner, Cardin got up and audibly gasped. “This is so incredibly special to me,” she said after beating out the likes of Mendes and fellow nominee Justin Bieber. “All of the albums that were nominated, I have listened to, and I have loved.”

The hit album spent multiple weeks at No. 1 on the Billboard charts, making Cardin the first female artist to do so since fellow Quebecer Celine Dion in 2016.

Another highlight for the Montreal native came when she won Single of the Year for her hit track “Meaningless.” Looking like a poised pro, Cardin performed the beginning of the song on the piano before leaving the stage and walking straight into the outdoor JUNO crowd.

Watch @CharlotteCardin perform “Meaningless” at @TheJUNOAwards, brought to you in part by @Sonos | #JUNOS pic.twitter.com/znEibXhDLQ

Montreal’s talent was also on display when the internationally-acclaimed Arcade Fire took the stage and closed the show in epic fashion with an explosive performance of “Unconditional I (Lookout Kid) from their latest album WE.

The band will headline this summer’s OSHEAGA festival after it was announced that Foo Fighters, who were expected to play, were cancelling all upcoming tour dates due to the sudden death of drummer Taylor Hawkins.

Cardin, who played the festival last year, will also return to her roots with multiple shows throughout May and June at the MTelus theatre.