Earlier this month, Club de Foot Montreal announced that it would be changing its logo. The news was a delight to soccer fans across the city. On Friday, they followed through on their promise.

Despite leaving their former Impact name and logo behind in 2021 and going for a sleeker look, many openly mocked the black and blue badge with a grey snowflake crest, while others attacked the name that closely resembled a birth abnormality known as “clubfoot.”

Suffice to say, people were not happy.

Last year’s backlash also led to a petition to revert back to the Impact name and colour scheme. It received over 2,000 signatures.

Now, it would appear that the club’s front office has taken the criticism into consideration, unveiling a new and improved logo with a few familiar elements. 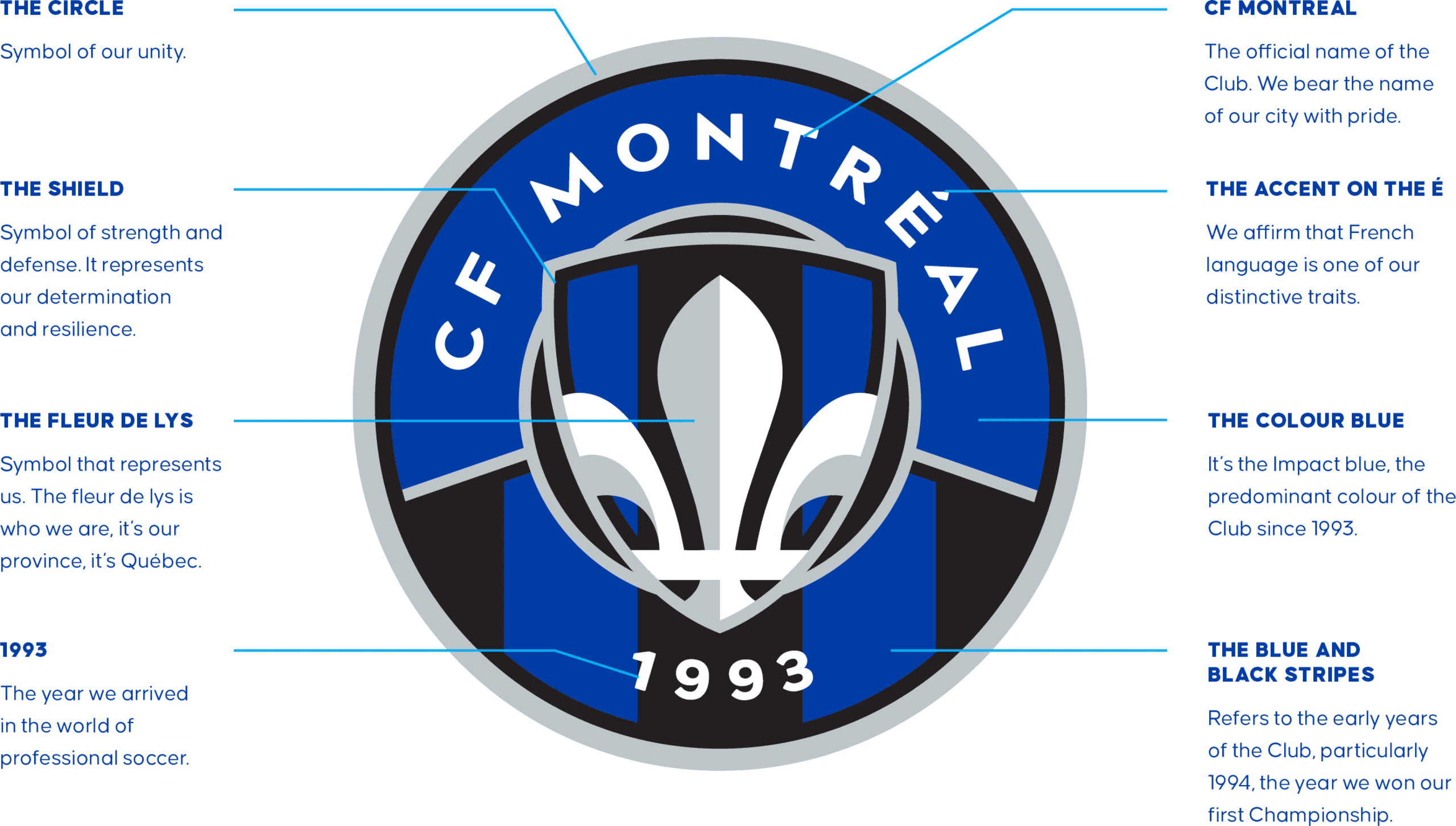 “A few months ago, we began to reflect on our identity, as well as our logo, and concluded that a realignment was necessary,” CF Montréal Chairman of the Board of Directors Joey Saputo said in a statement. “The employees, fans, and partners we met clearly expressed their desire to reinstate certain elements that have marked the club’s history and are at the heart of our identity. We heard them loud and clear, and we are proposing a logo that meets those requests.”

In readopting the old “Impact blue” colour scheme, CF Montréal has modernized it to fit the new name, which seems to be the perfect compromise of the club’s history and future.

“The process surrounding the new logo also allowed us to reflect and clarify our raison d’être as an organization, and what defines us,” added CF Montréal President and CEO, Gabriel Gervais. “The logo is part of a broader reflection on CF Montréal’s identity. The process also allowed us to make observations that will influence our future communications.”

The club will begin using the logo next year at the start of its 2023 season.