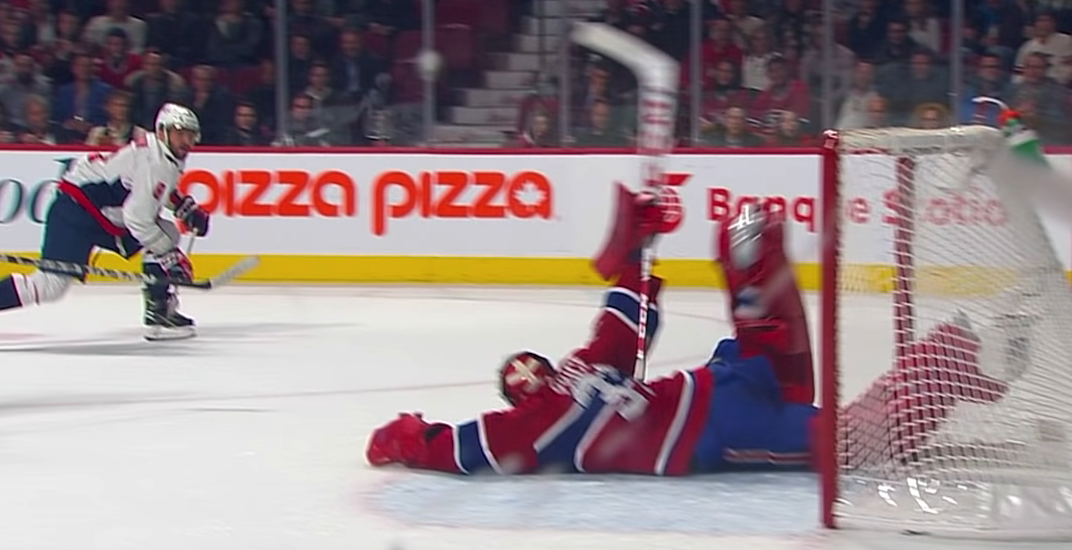 With time ticking down in the third period and the score tied 4-4, Carey Price delivered arguably the best save in the NHL this season.

Alex Ovechkin was wide open when he wired a cross-ice one-timer. Given he did it from the left side faceoff dot – a spot where he’s literally scored hundreds of goals in his career – it would take something special to stop him.

Lucky for the Montreal Canadiens, Price is something special.

The Canadiens’ goaltender dove across the net and stacked his pads – a technique not seen often in today’s NHL. Price robbed Ovechkin of the game-winner, which would have secured two points for the Washington Capitals and sent the Habs home with nothing.

With fans at the Bell Centre going wild, even Ovechkin got caught up in the excitement. Applauding along with Habs fans, the future Hall of Famer was clearly impressed.

Though Lars Eller eventually won the game for the Caps in overtime, Price’s last-second save preserved a point in the standings for Montreal.

Carey Price: “Well it’s pretty cool, obviously. He’s a great player and he’s had my number for a while, so it was nice to get him back once.”

The Canadiens have now earned points in three straight games, as they’ve compiled a surprising 11-6-4 record through the first 21 games of the season.