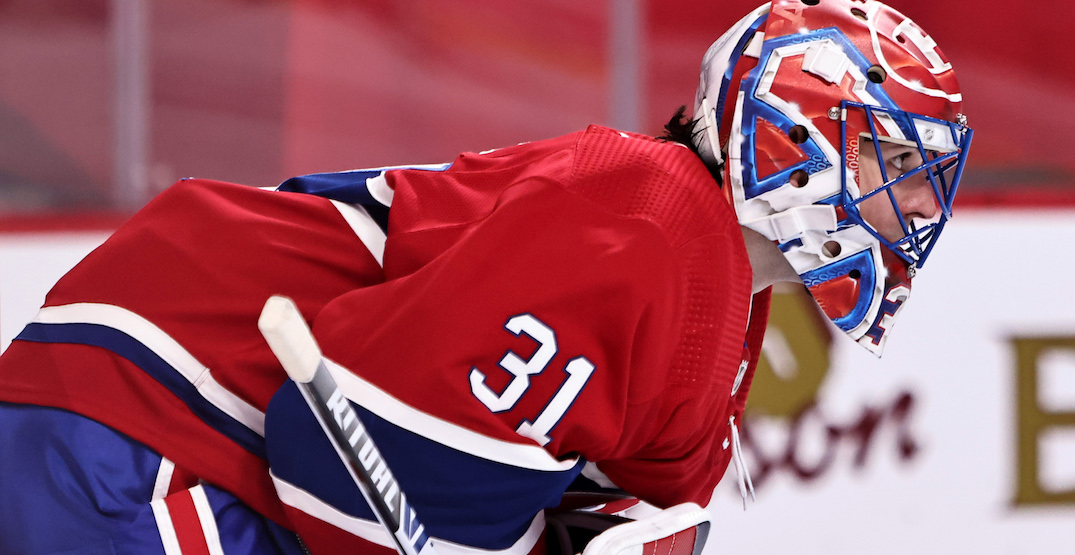 Goaltender Carey Price is expected to return to the Montreal Canadiens shortly.

Price has been in the NHLPA’s player assistance program since early October, which has a minimum 30 day enrollment period.

30 days since Price entered the program would be Friday, though Canadiens head coach Dominique Ducharme told reporters Tuesday he isn’t exactly sure if Price will make his return to the team on that day.

“We don’t have the exact date yet,” Ducharme said but added the team expects him back soon.

Beginning this Saturday, the Canadiens have five games in eight days that Price could conceivably make his return for after getting some practise reps in.

The Canadiens have gotten off to a rough start without Price, going 2-8-0 in their first ten games.

The reasons for Price entering the program have not been made public and are confidential by nature.

When he entered the program, Price’s wife, Angela, shared a note on her Instagram page supporting her husband.

“No matter what is on the line, we hope we can communicate the importance of putting your mental health first not just by saying it, but by showing up and doing the work to get better,” Angela Price wrote. “Carey’s showing up for himself and our family and making the absolute best decision possible for us.”

In the team’s return to the Bell Centre in October, an absent Price received a standing ovation from the crowd.