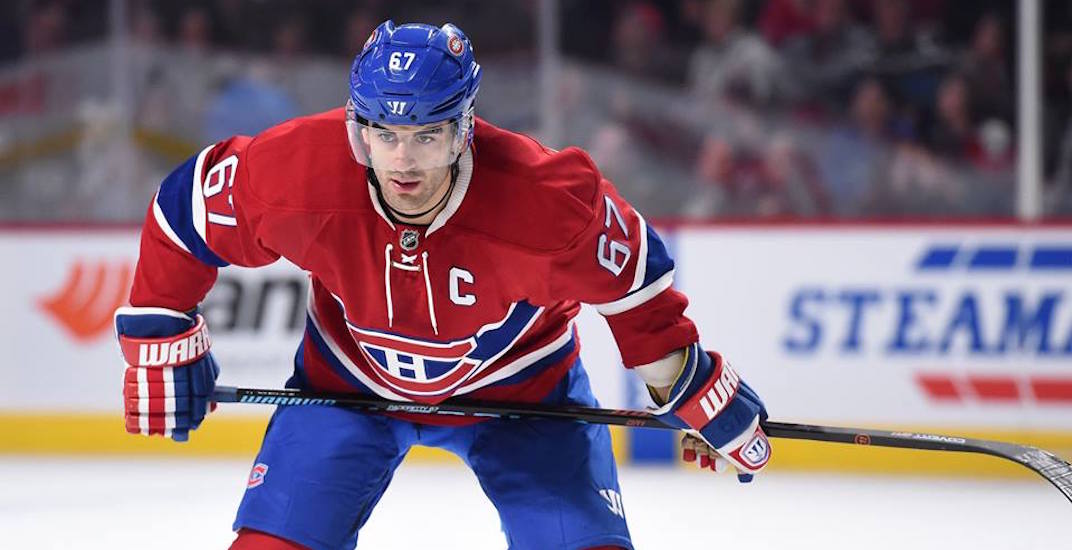 The Montreal Canadiens and Vegas Golden Knights have pulled the trigger on a blockbuster trade.

The Canadiens are sending their captain, Max Pacioretty, to Vegas, in exchange for Tomas Tatar, Nick Suzuki, and a 2019 second-round draft pick.

The Canadiens have acquired forwards Tomas Tatar and Nick Suzuki, and a 2nd round pick in 2019 from the Vegas Golden Knights (Columbus’ pick previously acquired by Vegas), in return for Max Pacioretty. pic.twitter.com/HEt3uEXOo5

Pacioretty, who is entering the final year of a $4.5 million contract, was rumoured to be on the move for quite some time. With the Canadiens needing to rebuild, it made sense to move the 29-year-old pending unrestricted free agent.

The key to the deal for Montreal is Suzuki, who was picked 13th overall in the 2017 draft. A high-skilled centre, the 19-year-old scored 100 points in 64 OHL games with Owen Sound last season.

After some productive seasons in Detroit, Tatar never seemed to fit in with the Golden Knights after being acquired in February. The 27-year-old has scored 20+ goals in four straight seasons though, including a career-high 29 in 2014-15. He has three years left on a contract that carries a $5.3 million cap hit.

The second-round pick is Columbus’ 2019 selection, previously acquired by Vegas in another trade.

Pacioretty, like many Canadiens players, is coming off a disastrous season. A consistent scorer throughout his career, Pacioretty had just 17 goals and 37 points in 64 games last year.

The Golden Knights are banking that he merely had an off-year, and will return to the form that saw him score 30+ goals in the four previous seasons. Pacioretty tied a career-high in points (67) just one year ago, so there’s reason to be optimistic about his ability.

Pacioretty has scored 226 goals and 448 points in 626 games during his NHL career, spent entirely with the Canadiens.

Pacioretty and his new team are scheduled to make their lone visit to the Bell Centre early on next season, November 10 on Hockey Night in Canada, in what will surely be an emotional night.