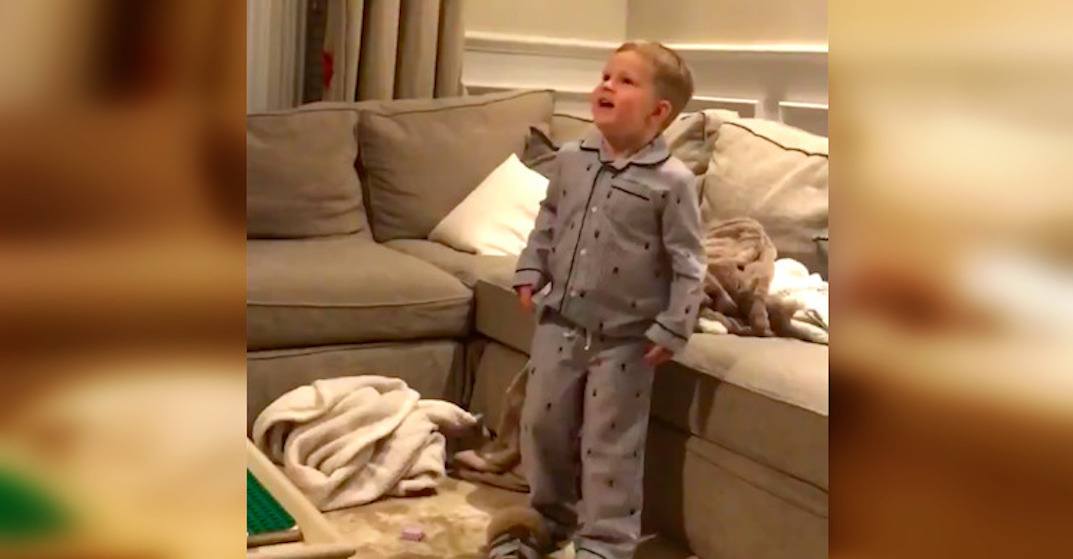 The Montreal Canadiens beat the Florida Panthers 5-4 on Thursday night at the Bell Centre but it was Jeff Petry’s son who stole the show at the family home in Candiac.

While captioning, “First daddy sighting of the year!” on Twitter, Julie Petry posted an adorable video of her son Boyd recognizing her defenceman dad on TV during the game’s national anthem.

The video has made its rounds on Twitter, already gobbling up over 44k views, with good reason.

First daddy sighting of the year! We ♥️ # 26! #gohabsgo pic.twitter.com/Mg5et1wA4R

This is Boyd’s second time going viral by showing his dad’s support. In March 2018, Julie shared an equally adorable video of the tiny fan pointing out his dad on TV: